Alan Kelly has said it is time for the Labour Party party to move on from the leadership issue and he looks forward to playing a major role in the party’s future.

Mr Kelly failed in his bid to succeed Joan Burton as party leader, as he was unable to secure the necessary support for a leadership run.

Brendan Howlin was elected unopposed as Mr Kelly failed to win the support of another TD to second his nomination for the leadership.

Speaking on Tipp FM, Mr Kelly said he acknowledged it had been a difficult week for him and he was upset and disappointed that a contest to secure the leadership through a vote among the membership did not happen.

He said a contest was fundamentally about democracy in the party as it fell to three party TDs to decide on a leader for a membership of over 4,000.

He said that Limerick TD Jan O'Sullivan told him she favoured a contest and he believed there was a huge volume of party members who wanted a leader elected in this way.

He said he believed the Labour Party has lessons to learn from the issue.

The Tipperary TD added that he wants to play a massive role in the party's future and the events of the past week have not dampened his ambition to be leader of the party at some stage. 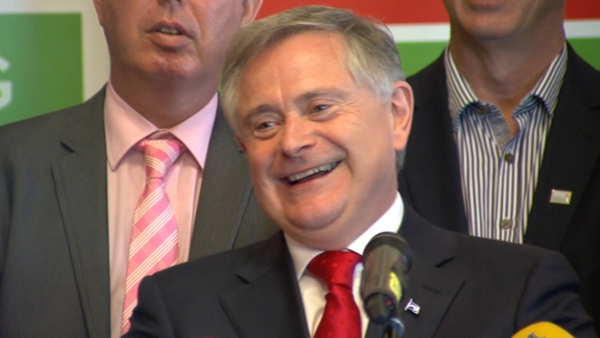