Lucinda Creighton has announced that she is stepping down as leader of Renua.

The party failed to win a single Dáil seat in the General Election after running 26 candidates.

All three of the party's TDs - Ms Creighton, Billy Timmins and Terence Flanagan - lost their seats in the election.

Ms Creighton started Renua 18 months ago with Eddie Hobbs and Councillor John Leahy after being expelled from the Fine Gael parliamentary party for voting against the Protection of Life During Pregnancy Bill.

During the party's National Members' Meeting in Portlaoise this morning, Ms Creighton said that, as leader, she must take responsibly for their failure in persuading the Irish people of its merits.

She said Renua must acknowledge the key mistakes made.

Ms Creighton said: "Flat Tax while innovative and not without merit, never captured the public imagination. It was wrongly depicted as a policy for the rich, and a punishment for the poor."

The former Dublin Bay South TD said she was "extremely grateful" for those who made Renua possible.

She said that she leaves the role as party leader "more humbled, but no less proud of all that we have achieved together and what can be accomplished in the future". 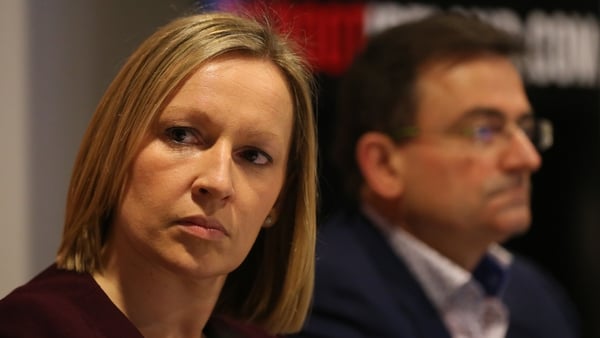 Renua - what now for the future of the party?