Alan Kelly has said that he will run for the Labour Party leadership.

The Labour Party is holding an executive meeting tomorrow where those vying for the leadership are expected to declare their intention.

Speaking on RTÉ's The Late Late Show, Mr Kelly said: "I plan to run for leader of the Labour Party."

Mr Kelly also hinted that the party might do away with a deputy leader.

"We’re a small family," he explained.

The party has seven TDs in the Dáil. They had 37 seats before the General Election.

When asked by host Ryan Tubridy if he thought he had the temperament for the top job. He said: "I hope so."

As for the party's future plans to rebuild the party, Mr Kelly said: "Labour’s ambition is to double its seats [by the next election]."

Mr Kelly is a TD in Tipperary and has been in office since 2011. 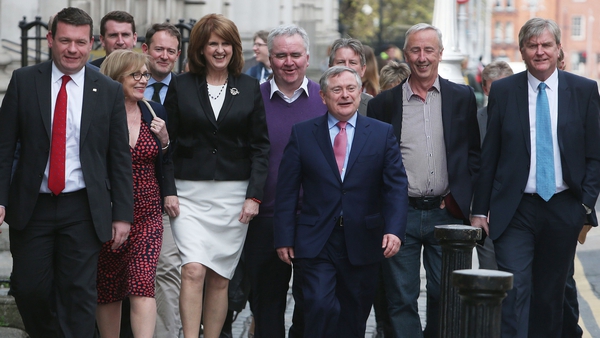