A murder investigation is under way after a man was shot dead at a pub in Dublin's inner city.

He was one of two men shot dead within hours of each other in Dublin last night.

Michael Barr, originally from Co Tyrone but living in the north inner city area, is thought to be the latest victim of the Kinahan-Hutch feud.

He was shot at the Sunset House pub in Summerhill after two men entered the premises at around 9.35pm.

The 35-year-old was pronounced dead at the scene. 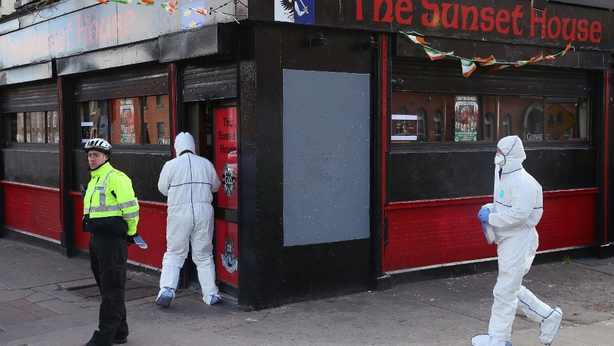 It is believed they travelled in the direction of Ballybough and towards Walsh Road where the car was abandoned.

Gardaí believe the men transferred into another silver saloon car before travelling in the direction of Home Farm Road. 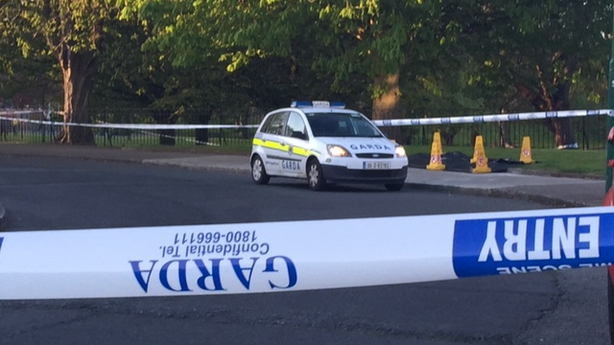 The victim was known to gardaí for his involvement in dissident republicanism.

He had appeared before the Special Criminal Court charged with a variety of offences, including possession of stolen property and IRA membership.

Last year, he had been involved in a dispute with another dissident republican.

However, gardaí believe the murder could be connected to an ongoing feud between two criminal gangs that has claimed other lives in recent months.

Mr Barr was under investigation for suspected links to the shooting at the Regency Hotel and his home was searched last week.

Gardaí have appealed for anyone who was in the Sunset House pub or anyone who may have seen a silver Audi before the shooting is asked to contact Mountjoy Garda Station on 01-666-8600, the Garda Confidential Line on 1800-666-111 or any garda station.

The shooting of Michael Barr happened in Dublin's north inner city, which is a stronghold of the Hutch criminal gang.

There is suspicion that Barr was connected to the Hutch faction and was involved in the shooting [in February of David Byrne} at the Regency Hotel. Gardaí were investigating him and last week raided his home.

There is a suspicion that the AK47 assault rifles used in the Regency Hotel attack could have been supplied to the Hutch faction by subversives.

If the Kinahan criminal gang suspected that dissident republicans had supplied weapons to the Hutch faction for use in the attack on the Regency, that would be sufficient for them to target the individuals they suspected of supplying those weapons.

Gardaí are concerned this could bring dissident republicans - who may want to seek retaliation for the murder of one of their own - into the feud.

So far six people have been shot dead in this feud. The first was Gary Hutch in Spain.

Since then, five others have been shot dead in the greater Dublin area in the past two months, including Kinahan gang member David Byrne.

Two weeks ago we also saw the shooting dead of innocent man Martin O'Rourke in a case of mistaken identity.