The Department of Justice is examining the "consequences and implications" of today's High Court ruling that the law governing the power of courts to activate suspended sentences is unconstitutional.

The ruling has serious implications for the operation of the criminal justice system.

However, if they successfully appeal the subsequent offence, they may have already served time in prison which was not justified.

Mr Justice Michael Moriarty declared Section 99 of the 2006 Criminal Justice Act unconstitutional on grounds including the fact that it allows for significantly different treatment of people before the law, in relation to their rights of appeal.

The section, which has been amended twice already, has frequently been criticised by judges.

Mr Justice Moriarty said the fact that there are weekly legal challenges arising from its operation, showed that people involved in the criminal law area simply did not know at present where they stood.

Striking down the section will affect the criminal justice system from the District Court to the Central Criminal Court.

It is likely that legislation will have to be brought in urgently to deal with the situation.

The ruling is being examined by the Department of Justice in consultation with the Attorney General Máire Whelan. 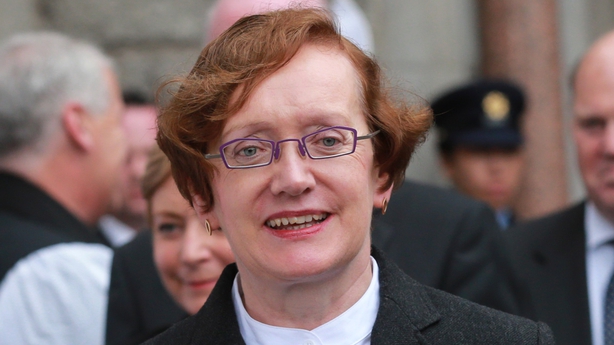 The judge has adjourned making his final orders in the matter for two weeks, to allow all sides to consider his findings.

Mr Justice Moriarty was giving his ruling in separate cases brought by six men challenging the constitutionality of the section.

They had been convicted of offences including public order offences, attempted robbery and violent disorder.

The judge said the section was in need of urgent and comprehensive review.

He said it had been drafted and enacted by people who were not familiar with the actual practices of the courts.

He said the difficulties could have been avoided if any proper effort had been made to consult the judges who actually have to implement procedures to activate a suspended sentence.

Outlining some of the difficulties with the section, he said one of the six cases involved a man convicted of a minor District Court offence who was about to be sentenced by that court when it became apparent a prior suspended sentence imposed by Dublin Circuit Criminal Court remained operative.

In what is a constant argument in similar cases, the accused said he wanted to appeal the District Court conviction and have that appeal decided before the suspension issue went to the Circuit Court, the judge said.

That option appeared to be precluded by the amended wording of Section 99 and it also appeared, if the Circuit Court did activate the suspended sentence, the man would spend time in prison before his appeal.

If he ultimately won that appeal, the basis for activation would have been incorrect and his time in prison unjustified.

On those and other grounds, all six argued the Section 99 procedure was unfair and unwarranted interference with their rights, including to appeal District Court orders.