The desperate search for survivors has intensified in the splintered remains of buildings destroyed by Japan's deadly earthquake and authorities have ordered nearly a quarter of a million people from their homes amid fears of further quakes.

It was the second major quake to hit Kumamoto province on the island of Kyushu in just over 24 hours.

Three nuclear plants in the region were unaffected by the quake, but the Nuclear Regulation Authority said it will hold an extraordinary meeting tomorrow to discuss the situation.

A massive 9-magnitude quake and tsunami in northern Japan in 2011 caused the worst nuclear crisis since Chernobyl in 1986, shutting down the nuclear industry for safety checks.

The first reactor to restart was Kyushu Electric's Sendai No 1, which is at one of the plants in the region hit.

The Kumamoto region is an important manufacturing hub and factories for companies including Sony, Nissan and Toyota halted production as they assessed damage.

All commercial flights to the damaged Kumamoto airport were cancelled and Japan's bullet train to the region suspended.

Motorways are closed in wide areas because of landslides and cracks in the road surface, hindering supplies of water and food reaching survivors. 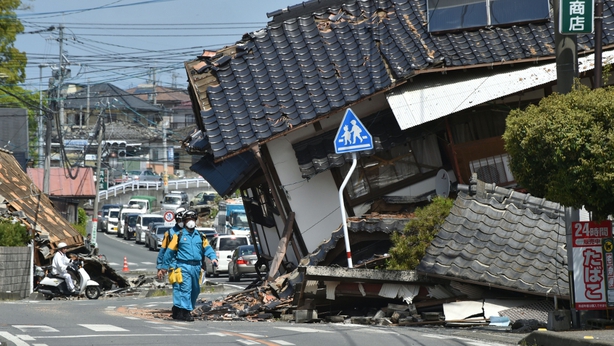 Rescuers this morning have been searching for dozens of people feared trapped or buried alive.

In the village of Minamiaso, 11 people remain "out of contact", said public broadcaster NHK.

Rescuers pulled 10 students out of a collapsed university apartment in the same settlement yesterday.

"In Minamiaso, where the damage is concentrated, there may still be people trapped under collapsed buildings, so we are focusing our attention and rescue and search efforts in this area," Chief Cabinet Secretary Yoshihide Suga told reporters.

Overnight, rescuers digging with their bare hands dragged some elderly survivors, still in their pyjamas, out of the rubble and onto makeshift stretchers made of tatami mats.

Prime Minister Shinzo Abe said he would boost the number of troops helping to 25,000 and had accepted a US offer of help with air transportation in the rescue efforts.

Heavy rains fuelled worries of more landslides and with hundreds of aftershocks and fears of more quakes, thousands spent the night in evacuation centres. 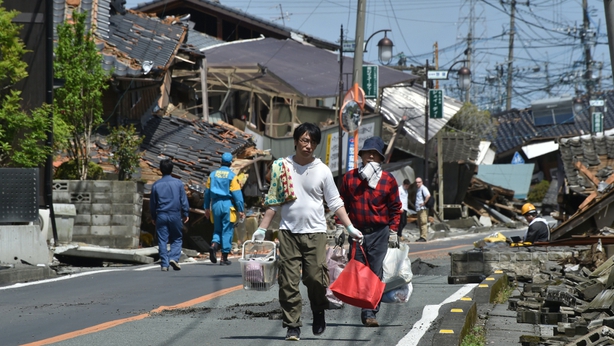 Firefighters handed out tarpaulins to residents so they could cover damaged roofs, but many homes were simply deserted.

About 422,000 households were without water and 100,000 without electricity, the government said.

NHK said around 240,000 people had received evacuation orders across the affected region amid fears of landslides.

Troops set up tents for evacuees and water trucks were being sent to the area while television footage showed people stranded after the fall of a bridge being rescued by helicopters. 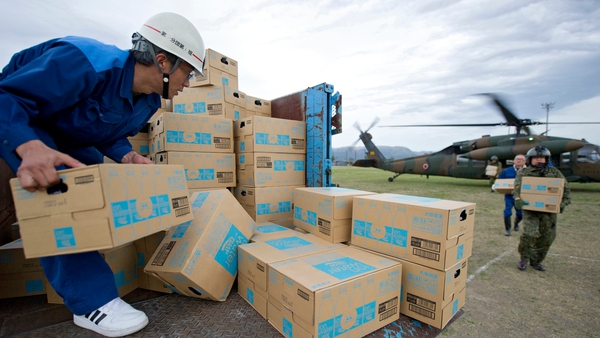