A man held on terrorism charges in Belgium has admitted to being the "man in a hat" seen on security camera footage at Brussels airport alongside two suicide bombers after attacks in the city killed 32 people, public prosecutors said.

Prosecutors said that after being confronted with footage prepared by an investigational unit, Belgian national Mohamed Abrini said he was the man police had been hunting since the bombings at the airport and on the metro on 22 March.

Mr Abrini had been on Europe's most wanted list since December, after he was caught by a security camera at a motorway service station with suspected militant Salah Abdeslam while they drove to Paris two days before the attacks there that killed 130 people in November.

After leaving Brussels airport on 22 March, Mr Abrini had thrown his light coat in a rubbish bin and later sold his hat, prosecutors said.

"He is charged with participation in the activities of a terrorist group and terrorist murder," the Belgian federal prosecutors office said in a statement.

Prosecutors charged four people, including Mr Abrini, with terrorist activity for their suspected roles in the Brussels bombings and November's Paris attacks.

They were arrested yesterday, along with two others who were later released.

Prosecutors said they also charged Osama K, who local media said was a Swede named Osama Krayem, adding they were able to identify him as the man present at the time of the attack on the Brussels metro station.

Osama K was seen buying the bags used in the Brussels attacks in a shopping centre there, prosecutors said.

The other two were Bilal El Makhoukhi, who had already been convicted for working with jihadist recruiters, and a Rwandan named Herve B.M. on charges of helping Mr Abrini and Osama K. 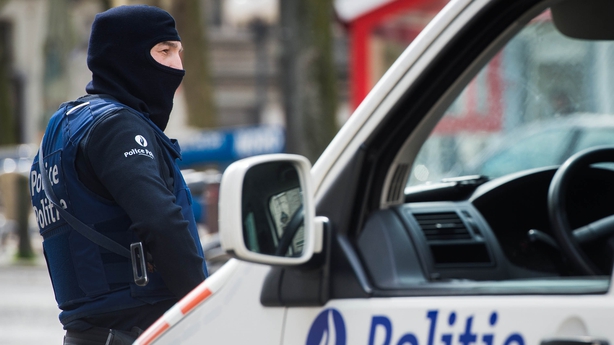 Earlier, Belgian police raided a suspected safe house in Etterbeek, in central Brussels, today but found no weapons or explosives and made no further arrests.

Belgian Prime Minister Charles Michel said his government would continue to be vigilant about the militant threat.

"We are positive about the recent developments in the investigation. But we know we have to stay alert and cautious," Mr Michel told a news conference in Brussels.

El Makhoukhi was convicted in January last year for being involved in Sharia4Belgium, a now disbanded organisation that recruited people to go fight alongside jihadist organisations in Syria and Iraq, Belgium's Justice Minister Koen Geens said.

Originally sentenced to five years in prison, with three years suspended, he was allowed to serve his remaining term at home under electronic monitoring and was released last month, Mr Geens said.

"He was under electronic supervision and his sentence ended on 15 March," Mr Geens said.

El Makhoukhi was convicted last year following his return to Belgium after losing a leg while fighting in Syria. 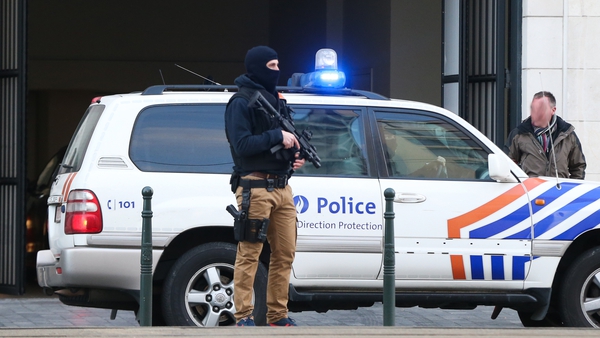