A surfer is recovering after reportedly having most of his thigh bitten off by a shark in Australia.

The quick actions of beachgoers are believed to have helped save his life.

Brett Connellan, 22, was in the water at Bombo Beach, south of Sydney, yesterday evening when the shark attacked.

"Our son Brett suffered a very serious injury last night, he's in a serious but stable condition," his father Malcolm said in a short statement.

The Sydney Morning Herald said Mr Connellan had three-quarters of his thigh ripped off, as well as hand injuries as he fought the shark, with his screams alerting fellow surfers and bystanders.

He was helped ashore by friend Joel Trist, who along with two off-duty nurses on the beach using a surfboard leg rope as a tourniquet around his thigh, are credited with helping to save his life.

Mr Trist said he was 50 metres away when he heard a "terrible scream" and saw the shark thrashing violently in the water.

"I saw the shark thrashing around at that stage but I couldn't comprehend at that time what was happening and again, just acting on instinct, I thought, well, what else could it be at that moment?," he told reporters.

"I guess the adrenaline kicked in and I paddled as hard as I could towards him. Luckily by that stage the shark had gone away from where he was.

"I paddled up to him, and obviously I knew what had happened, and I said to him: 'What's it like?' And he said: 'It's not good.' And at that point, I knew something was horribly wrong."

Mr Trist dragged Mr Connellan onto his board and managed to get him to the shore.

"He had lost a large proportion of his left thigh, and the quad muscle was torn away right down to the bone," Terry Morrow from Ambulance NSW said.

"He could have bled to death before we arrived on scene. He was very lucky the members of the public were there and acted as they did. They saved his life, to tell you the truth." 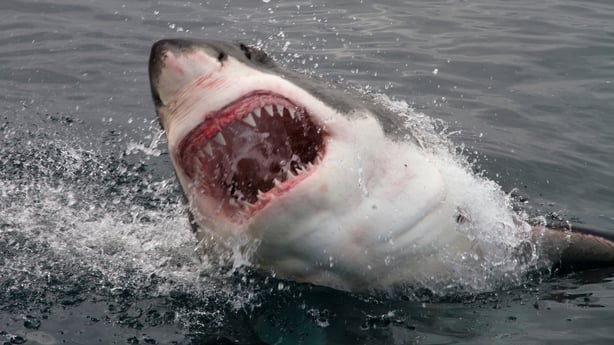 Shark expert Michael Brown from Surf Watch Australia said the shark was likely either a great white or bronze whaler.

A spate of attacks in New South Wales last year led authorities to implement a range of shark-prevention measures to reduce encounters.

Measures include the testing of aerial drones to track sharks' movements, although the state government has ruled out culling the animals.

There were 14 attacks in New South Wales last year, including the death of a Japanese surfer, compared to three in 2014, according to data compiled by Sydney's Taronga Zoo. 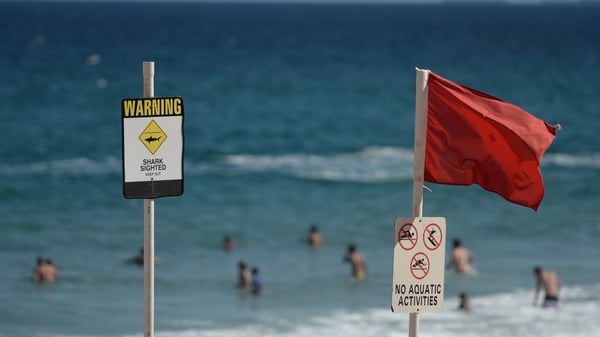