Australia has ruled out culling great whites after a spate of attacks left one surfer dead and two seriously hurt.

Locals from the tourist hub of Ballina have pleaded with the New South Wales government for help, saying visitor numbers to the coastal region have plunged after three attacks this year.

The most recent encounter in late July left a 52-year-old surfer with serious arm and leg injuries, while earlier in the month, a 32-year-old bodyboarder was injured.

In February, a 41-year-old Japanese surfer died after he was attacked by a shark.

The state's Primary Industries Minister Niall Blair said Aus$250,000 would be invested in observing, tagging and tracking sharks in the area, with world-renowned experts temporarily based in the region to lead the project ahead of the busy summer season.

"Let's not forget the ocean is the domain of the shark," Mr Blair said in a statement.

"However, this government is taking action to gain a better understanding of the local risks and how they can be reduced to help inform and protect the public."

The state has ruled out culling sharks, with a spokeswoman for Mr Blair saying officials were exploring non-lethal methods for lowering risks including barriers preventing sharks from getting near swimmers.

Great white sharks are a protected species due to their declining population.

The presence of the sharks off Ballina, which has seen beaches along the coast repeatedly closed in recent weeks, have been blamed on schools of baitfish. 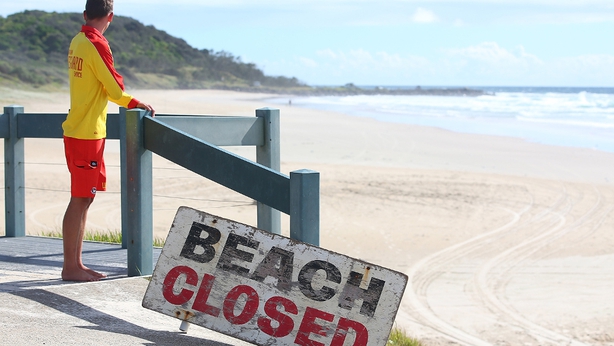 But the head of the primary industries department's shark research centre Vic Peddemors said it was not known why there had been a sudden increase in shark numbers.

"We have no idea and nowhere in the world does anyone have any idea what causes these sudden appearances of groups of sharks along the coast," Peddemors told the Australian Broadcasting Corporation.

"If we are able to determine that then hopefully the aim would then be to be able to be pre-emptive in the years ahead."

The state government is also undertaking a review of new shark control technologies, with a report to be completed by September. 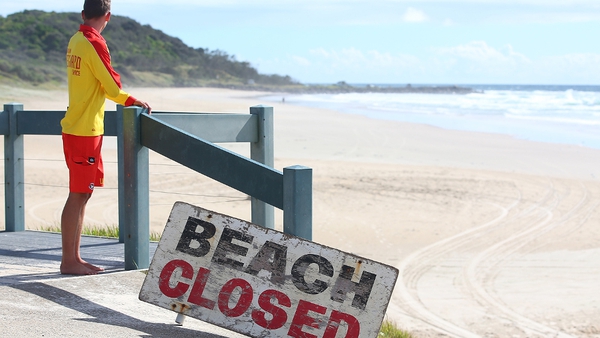