Acting Taoiseach Enda Kenny has described his talks with the Green Party as "very good, very constructive and very straightforward".

On arrival at a summit of EU leaders in Brussels, Mr Kenny said: "We had a very good meeting with Eamon Ryan and Deputy [Catherine] Martin, obviously talking about policy issues as far as the Green Party is concerned.

"They want to talk to their people on Monday, and obviously they're looking forward to having issues [discussed] that are important to the Green Party which, after all have been established for 40 years internationally. [The Green Party is] a recognised, strong political party.

"The conversation with Eamon Ryan was very good, very constructive and very straightforward."

Asked about the parallel Gerry Adams is said to have made with the US human rights hero Rosa Parks when he was denied entry to the White House for 90 minutes, the Taoiseach said: "Rosa Parks was an international icon, a woman of courage and bravery who made a real mark on history, for its benefit.

"I'm not going to comment on the difficulties of Deputy Adams getting into the White House. I understand the Secret Service are apologetic as to what happened here.

"But obviously everybody is treated the same going into the White House, security is absolutely stringent, and that's as it should be," added Mr Kenny. 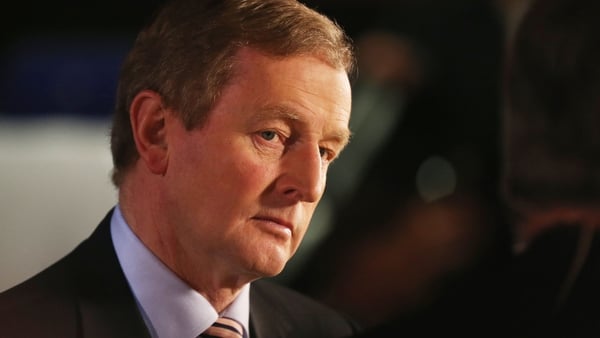