Syrian Foreign Minister Walid al-Moualem said yesterday that his government would not discuss presidential elections at peace talks in Geneva this week or hold talks with any party wishing to discuss the question of the presidency.

"It's a provocation ... a bad sign and doesn't correspond to the spirit of the ceasefire," French Foreign Minister Jean-Marc Ayrault told a news conference with his British, German, Italian, US and EU counterparts.

Calling Mr Moualem's comments a clear attempt to "disrupt the process", US Secretary of State John Kerry said the Syrian government and its backers were mistaken if they thought they could continue to test the boundaries of a fragile truce.

Accusing Syria of carrying out the most violations of the truce, Mr Kerry said Russian President Vladimir Putin needed to look at how President Bashar al-Assad was acting.

"So President Putin, who is invested in supporting Assad, with an enormous commitment - and it has made a difference obviously on the battlefield - should be somewhat concerned about the fact that President Assad sent his foreign minister out yesterday to try and act as a spoiler, to take off the table something that President Putin and Iran had committed to," Mr Kerry said.

"This is a moment of truth, a moment where all of us have to be responsible," he said.

He was referring to agreements over the last few months between the International Syrian Support Group - a mix of international and regional powers - who have pushed for a peace road map.

The talks will coincide with next week's fifth anniversary of a war that has killed more than 250,000 people, created the world's worst refugee crisis and allowed for the expansion of the so-called Islamic State militant group.

The talks are part of the first diplomatic push since the Russian air force intervened in September to support Mr al-Assad, tilting the war the Syrian government's way and helping Damascus reclaim significant territory in the west.

"It's important now for those who support President Assad to make sure that he is living up to this agreement," Mr Kerry said.

"And therefore, as a result that they are living up to this agreement too," he added.

"There is an urgency to put in place a real political transition. That will be at the heart of negotiations," Mr Ayrault said, adding that a return to the previous status quo was not possible. "Things must change," he said. 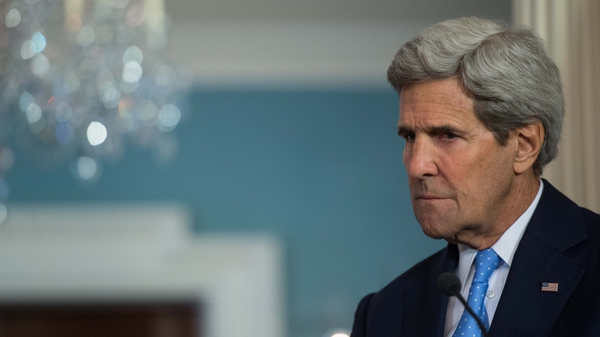 Damascus rejects any discussion of presidency at talks