Two prominent former party activists have been exchanging analysis that they say could help shape any potential coalition talks between Fine Gael and Fianna Fáil.

It is understood the two are working on a detailed analysis that they believe could lay the foundations for any negotiation between the two traditional political rivals.

One, who is an influential former member of the Fine Gael backroom team, is working on the basis that only a coalition of the two parties can deliver a stable government.

Several conversations have taken place between the two men and these have focused on what one termed "putting the country first".

These talks have not been mandated by either of the parties but both men involved insist the exchange of views could prove "helpful" if the parties were at some stage to engage in talks.

Fianna Fáil and Fine Gael have not engaged in talks at any level since the election results almost a fortnight ago.

This is despite prominent Fine Gael figures such as Michael Noonan saying earlier this week he presumed his party would talk to Fianna Fáil following the failed first attempt in the Dáil to elected a Taoiseach.

Fianna Fáil is adamant that its efforts are exclusively aimed at examining the possibilities for the formation of a minority government.

A party spokesperson said tonight: "Fianna Fáil will handle its own affairs and will not be using third parties in any talks."

The talks between the two former party activists come amid renewed speculation around Leinster House that there could be a swift election if a government is not formed quickly.

One source close to Fine Gael said a failure to make any progress before the Dáil meets again on 22 March could result in an election being called soon after.

The Fine Gael side is calculating that they have made it clear to the public that they are willing to share power with Fianna Fáil.

Senior party figures believe this will show that it tried to engage with election results but were unable to do so.

Dublin Bay South TD Eoghan Murphy said a stable government is one that has the support of the people to actually get things done.

He added that it is not one that is constantly at risk of falling apart or being collapsed and having another election.

"It is one that can last for at least three, four, five years," he said.

This morning, Fianna Fáil’s Timmy Dooley said it was either Micheál Martin or Enda Kenny for Taoiseach - or another election. 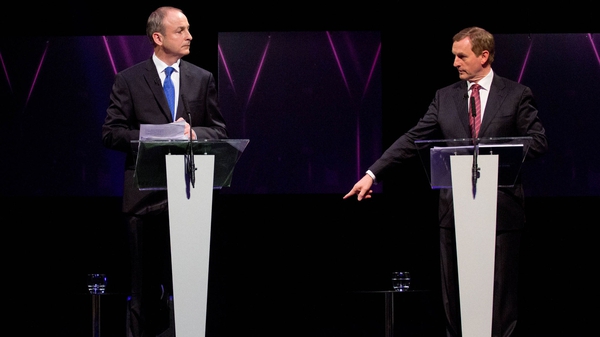 No coalition is ever unlikely