A Green Party trustee has asked the High Court to grant legal costs against RTÉ after his failed challenge to the exclusion of party leader Eamon Ryan from a televised debate during the General Election.

Lawyers for Tom Kivlehan said his case raised issues of "exceptional public importance and novelty" concerning the democratic interests of the State and the role and responsibilities of RTÉ as a publicly-funded public service broadcaster.

Senior Counsel for Mr Kivelan Siobhan Phelan said the case was not just about the interests of the Green Party but also about "protecting the democratic process".

RTÉ disputed the arguments and maintained it had won on all issues raised.

Its lawyers said the only fair outcome was to award it its costs against Mr Kivlehan.

The case arose after Mr Ryan was not invited to participate in the debate, broadcast on RTÉ One on 15 February, because the Green Party did not meet a requirement set by the broadcaster of having three TDs in the outgoing Dáil.

On the day of the broadcast, Ms Justice Marie Baker rejected Mr Kivlehan's challenge to add Mr Ryan and seven other party leaders to the debate.

The judge found RTÉ's criteria were "sufficiently reasonable and impartial", and proportionate to the needs of the political debate and the public's right to be informed and educated in an engaging live programme.

The question of costs was adjourned until today and the judge said she would rule on the matter tomorrow.

Senior Counsel for RTÉ Nuala Butler said the broadcaster had never disputed its statutory obligations as a public service broadcaster.

She said RTÉ had made an editorial decision establishing criterion for inclusion in the leaders' debates which it considered, and the court had found, were fair, rational and equally applicable to all parties.

This was not a case involving issues of "conspicuous novelty" or exceptional public importance, she added.

While of importance to the Green Party, the issues were not so exceptional as to justify departure from the normal rule where costs go to the winning side.

Orders granting Mr Kivlehan his costs against RTÉ, or directing each side to pay their own, would be an "unfair outcome".

Ms Phelan argued the case had a public interest perspective as Mr Kivlehan was concerned to ensure the "widest possible platform" was available to the electorate in the General Election in vindication of the constitutional framework.

A general election is a "special event" and this case raised new arguments in seeking to extend the protections available under the referendum process to general elections, she added.

It was also relevant there was no attempt to injunct the leaders' debate and the Greens sought to resolve the matter with RTÉ prior to going to court, she said. 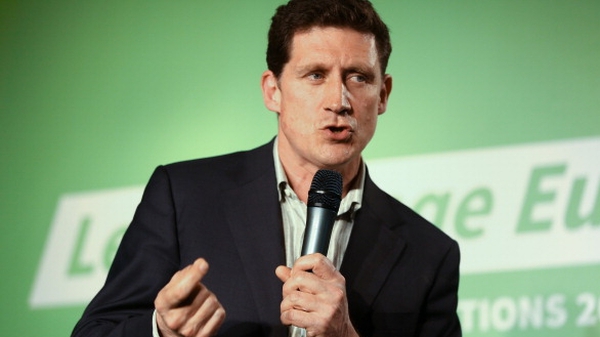 Green Party loses bid to be included in RTÉ debate