Tenders for modular homes in Ballymun in Dublin will be reissued after a previous tender was cancelled.

Dublin City Council has said there was an insufficient number of applicants who confirmed that they could meet the June deadline for erecting 131 modular homes.

A spokesperson for the Peter McVerry Trust said the reissuing of tender is "down to a technical problem" due to the wording on the tender, which left some people "unable to meet demand."

Speaking on RTÉ's Morning Ireland, Pat Doyle said after the tender is re-issued, the process will take two weeks but that the ground work on the four sites will continue.

He described the modular housing scheme as a brave initiative that will take 131 families, including 500 children, out of homelessness by the summer.

He said that the Trust was now concerned any delays in forming a government will impact negatively on the housing crisis.

He said he was concerned no one will lead the way on housing if politicians are unsure if they will be in government in three months time.

In a statement, Focus Ireland described the news that tender for the modular homes was being reissued as "alarming", saying it comes just days after new figures from the charity show 125 families became homeless in January.

Focus Ireland Advocacy and Communications Manager Roughan Mac Namara said: "This crisis is not DCC's fault as they are struggling to cope with more and more families becoming homeless every month.

"It is vital that the next government - who ever makes it up - learns the lessons from how this crisis deepened to an emergency situation.

Fianna Fáil spokesperson on housing and the environment Barry Cowen said urgent actions are required to tackle the homeless crisis.

"The fact of the matter is that the current government housing policy is failing drastically.

"With the number of families becoming newly homeless in January at historic records, bigger and bolder actions are needed to keep families in their homes and to provide secure accommodation to families who have already lost their homes.

"Despite all the posturing over the last year, fewer than 246 new social homes were constructed in 2015. This is while there are 130,000 households - close to 350,000 individuals - on the social housing waiting list," he added. 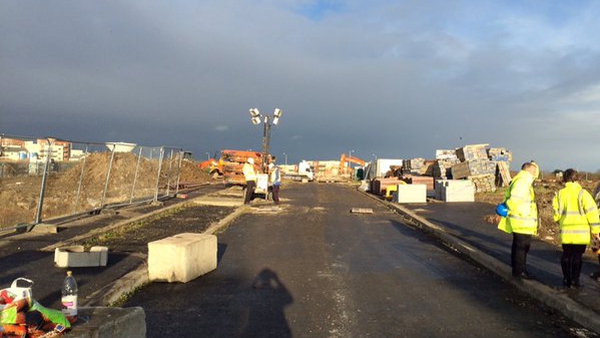