Efforts to provide temporary accommodation for homeless families in Dublin have been hit with another setback.

The 22 units of modular housing in Ballymun will now not be finished for another three weeks at least.

Builders were supposed to have the homes completed before Christmas as part a "rapid build" contract with Dublin City Council.

But the council announced a delay saying that workers had been intimidated off the site and that works would be finished in mid-January.

It has now been confirmed that there will be a further delay with just four units ready in three weeks' time.

This will mean it will have taken at least two months - twice the time estimated for completion.

Martin McCloskey of Western Building Systems -  the contractor involved - said the delays had resulted from protests, bad weather and changes in design and specification.

Local people had held a series of demonstrations fearing that the development would jeopardise plans for 40 social housing units in the area.

They were also concerned about the suitability of prefabricated housing.

The council plans to build a total of 131 such units in different parts of city. There are around 700 homeless families in the Dublin region.

In a statement, DCC said the contractor is due to provide an updated programme of work for the completion of the 22 homes tomorrow. 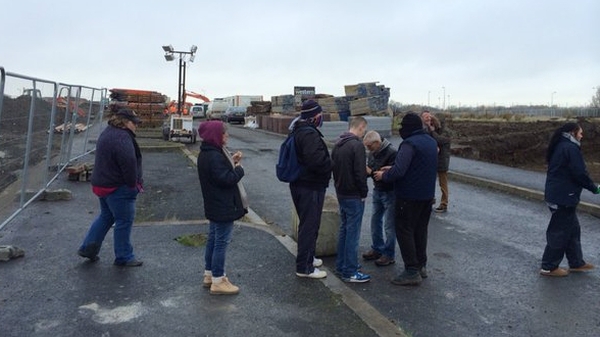