French scientists say they have proved a link between the Zika virus and a nerve syndrome called Guillain-Barre, suggesting countries hit by the Zika epidemic will see a rise in cases of the serious neurological condition.

Guillain-Barre syndrome (GBS) is a rare syndrome in which the body's immune system attacks part of the nervous system. It usually occurs a few days after exposure to a virus, bacteria or parasite.

In a retrospective study analysing data from a Zika outbreak in French Polynesia during 2013 and 2014, researchers led by Arnaud Fontanet of France's Institut Pasteur calculated the estimated risk of developing GBS at 2.4 for every 10,000 people infected by Zika.

"This work is significant because it allows for the confirmation of the role of Zika virus infection in the occurrences of the severe neurological complications that constitute Guillain-Barre syndrome," Mr Fontanet said.

"The regions which are affected by the Zika virus epidemic are likely to see a significant increase in the number of patients with serious neurological complications, and when possible, should increase the capacity of health-care facilities to receive patients needing intensive care."

The World Health Organization (WHO) has declared an outbreak of the mosquito-borne Zika virus spreading from Brazil an international health emergency.

This declaration was largely based on evidence linking Zika to a birth defect known as microcephaly, marked by a small head and underdeveloped brain, but the WHO is also concerned about rising reports of cases of GBS in countries hit by Zika.

It is not yet clear whether the Zika virus actually causes microcephaly in babies, but experts say the evidence of a link is growing.

Mr Fontanet's team analysed data from 42 patients who developed GBS at the time of the French Polynesian epidemic and found every one had evidence of a previous infection with Zika.

Tests also showed 93% of them had been infected with Zika recently - within three months prior to developing GBS.

Jeremy Farrar, an infectious disease specialist and director of the Wellcome Trust global health charity, said the study, published in The Lancet medical journal, "provides the most compelling evidence to date of a causative link" between Zika and GBS".

"The increase in reported cases of Guillain-Barre in Brazil and other South American countries seems to suggest that a similar situation may be occurring in the current outbreak, although the link here is yet to be proven definitively," he said in an emailed statement.

According to WHO, even with the best healthcare services available, some 3% to 5% of GBS patients die from complications, including blood infection, lung clots, cardiac arrest and paralysis of the muscles that control breathing. 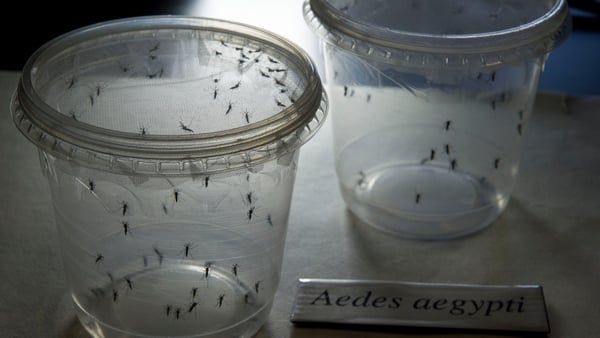 First case of pregnant woman with Zika in Europe