A US attorney is to fly to Ireland in the coming weeks to meet some of the survivors of the Berkeley balcony collapse.

Michael A Kelly, of Walkup, Melodia, Kelly & Schoenberger, told Alameda County Superior Court Judge Brad Seligman that all of the surviving Irish students have now returned home, and that some of them remain under medical supervision.

Six students were killed and seven injured in the collapse in June last year.

Defence attorneys cautioned Judge Seligman that it remains uncertain what - if any - criminal charges will be filed by Alameda County District Attorney Nancy O'Malley.

In court yesterday Judge Seligman praised a total of 18 attorneys who are representing those involved in the tragedy for progressing through the early steps of a lengthy legal process.

The firm Walkup, Melodia, Kelly & Schoenberger is is representing 12 of the 13 students hurt or killed in the collapse.

Attorney Matthew Davis said: "The parties have done a wonderful job meeting and getting over potential stumbling blocks," before presenting the court with a proposed case management order.

The order presented what Judge Seligman found to be an acceptable roadmap for attorneys to begin exchanging evidence and conducting depositions.

What began as 13 different lawsuits have since been combined into one.

During the hearing, attorneys agreed to name Aoife Beary as the lead plaintiff in consolidated suit.

It was Aoife's 21st birthday the students were attending when the fourth-floor balcony collapsed.

The suit began with 35 named defendants, some of whom have now been removed.

However an attorney representing BlackRock Inc., which owns the apartment complex, has suggested the company may raise jurisdictional challenges to BlackRock's inclusion in the suit, but presented no challenges during the hearing.

The case management order calls for attorneys to open discovery by late May. Judge Seligman advised attorneys to come to him or the court's three settlement judges to settle disputes.

"Tell me what you want to do, and I'll make it happen," he said 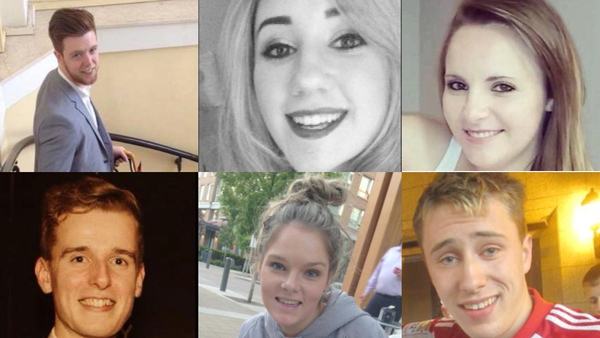