Syria's main opposition grouping has said it would respect a provisional ceasefire in the country "for two weeks".

The announcement comes ahead of the proposed start of the US-Russian brokered truce this weekend.

Earlier today, Russia said it started ceasefire negotiations with rebel groups in five Syrian provinces following a deal on a cessation of hostilities in the war-torn country.

This evening the High Negotiations Committee issued a statement saying they believe "a provisional truce for two weeks would provide a chance to determine the commitment of the other side", referring to forces loyal to the Syrian president.

On Monday the United States and Russia announced plans for the ceasefire, excluding the so-called Islamic State and Nusra Front militants, that would take effect on Saturday.

This morning, Syrian President Bashar al-Assad told Russian President Vladimir Putin his government was ready to assist in implementing a ceasefire in Syria, Russia and the Syrian presidency said.

Mr Putin said at the time that the ceasefire agreements between Russia and the US were a real step towards halting the bloodshed and can be an example of action against terrorism.

Mr Putin and Mr Assad, who held a telephone conversation, stressed the importance of a continued "uncompromising" fight against IS, the Nusra Front and other militant groups "which are included in the respective list of the United Nations Security Council", the Kremlin said. It gave no further detail.

The Syrian presidency made no mention of any UN Security Council list.

Meanwhile, US President Barack Obama has sounded a note of caution on the pending ceasefire, saying the situation on the ground remains difficult. 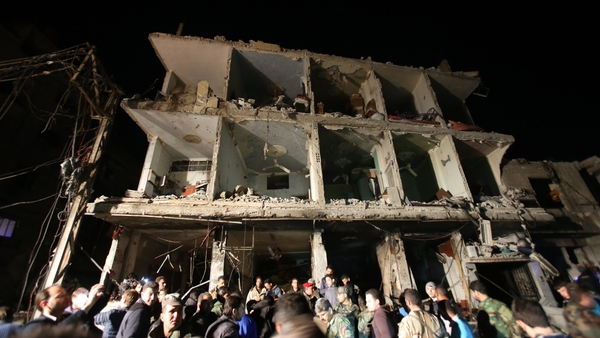