The United States and Russia have announced plans for a cessation of hostilities in Syria.

The terms of the ceasefire exclude the so-called Islamic State and Nusra Front militants and would take effect starting on Saturday.

Parties to the hostilities would indicate their agreement by midday on Friday Syrian time.

The cessation of hostilities would go into effect at midnight, the two nations said in a joint statement issued by the US State Department.

United Nations Secretary-General Ban Ki-moon welcomed the announcement and called on all warring parties to implement it, his spokesman said.

A cessation of hostilities is meant to be "a first step towards a more durable ceasefire," UN spokesman Stephane Dujarric told reporters about the agreement.

"The Secretary-General strongly urges the parties to abide by the terms of the agreement," he said.

"Much work now lies ahead to ensure its implementation, and the international community, the ISSG (International Syria Support Group) and the Syrian parties must remain steadfast in their resolve."

The Saudi-based High Negotiations Committee said in a statement that it "agreed to respond positively to international efforts to reach a truce deal".

But its "commitment to the truce is conditional" on the lifting of sieges, release of prisoners, a halt to bombardment of civilians and the delivery of humanitarian aid.

Russia's foreign ministry has said that a string of suicide bombings in Syria at the weekend claimed by the so-called Islamic State group were aimed at undermining the peace process.

"The atrocious crimes of extremists are aimed at scaring the peaceful population, subverting attempts to reach a long-term political settlement to the Syrian crisis in the interests of all Syrians and efforts to end violence and bloodshed," Russia's foreign ministry said in a statement.

Moscow said it "decisively condemns" the "inhuman attacks by terrorists" and expressed condolences for the victims.

It also called for a "proper principled reaction from the international community".

It stressed the importance of "reliably blocking" attempts by IS, al-Nusra Front and other groups to "further aggravate the situation in Syria and around it" and inflame division between different faith groups. 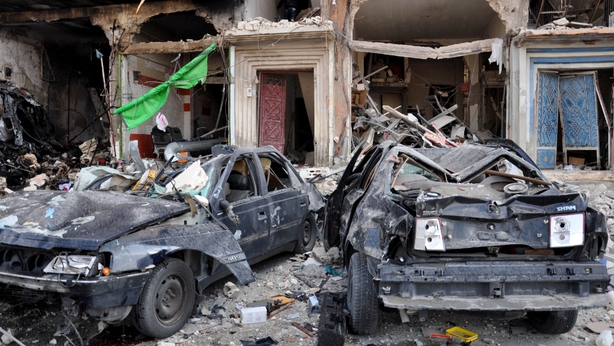 Meanwhile, Islamic State and other jihadists have cut a vital supply route linking the west of Syria's second city Aleppo with other government-held territory, a monitoring group said.

The road between Aleppo and the town of Khanasser to the southeast was the only way regime forces and civilians living in government-controlled neighbourhoods of the city could travel to surrounding provinces.

If government forces are unable to recapture the road, it could slow an offensive they launched in the countryside around Aleppo earlier this year.

And it could worsen severe shortages of food and water for civilians.

It is not the first time that the government's supply route to Aleppo has been cut.

Rebels cut it in 2013 and IS did so last year before being pushed back.

The new setback comes with government troops on the offensive north and west of Aleppo, where rebel forces in the east of the city are almost completely surrounded.

Syrian president Bashar al-Assad has announced that parliamentary elections are to be held on 13 April, according to the country's state news agency.

Mr Assad issued a decree which included seat allocations for each of the provinces in Syria, which last held parliamentary elections in May 2012.

That was the first time that multiple parties - not just the ruling Baath party - were allowed to stand.

Still, most of the 250 members of parliament that were elected for four-year terms were Baath members.

Mr Hijab has since defected and now leads the main opposition grouping to Mr Assad's regime from the Saudi capital Riyadh. 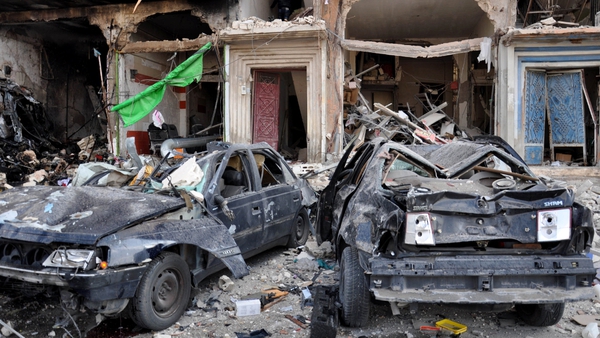 At least 119 killed in multiple bombings in Syria