Republican presidential contender Ted Cruz said he has asked his national spokesman to resign for a "grave error of judgement" in distributing a video that falsely suggested rival Marco Rubio was dismissive of the Bible.

The move comes on the eve of the Republican caucuses in Nevada and as rival campaigns have piled on Mr Cruz for his alleged lies and "dirty tricks."

Mr Cruz's national spokesman Rick Tyler had shared on Facebook a story from University of Pennsylvania student newspaper The Daily Pennsylvanian, which reported that Mr Rubio said the Bible did "not have many answers in it."

The story was accompanied by a video, though the audio was unclear.

Mr Tyler later deleted the post and apologised to Mr Rubio for posting the "inaccurate" story.

The issue strikes to the heart of Mr Cruz's support among evangelical Christians.

The Texas senator has also spoken openly about his own faith.

"This was a grave error of judgement," Mr Cruz said during a campaign event while also praising his spokesman as "a good man."

"It turned out the news story he sent around was false. But I'll tell you, even if it was true, we are not a campaign that is going to question the faith of another candidate.

"Even if it was true, our campaign should not have sent it. That's why I've asked for Rick Tyler's resignation."

"It's every single day something comes out of the Cruz campaign that's deceptive and untrue," Mr Rubio said, calling the Bible video "perhaps the most offensive" Mr Cruz tactic to date because it questioned his faith.

"I know exactly what I said to that young man," Mr Rubio told reporters. "I said the answer to every question you'll ever have is in that book."

Mr Cruz's campaign has come under fire from other rivals as well.

Leading Republican candidate Donald Trump was quick to jump on the latest controversy to attack "crazy" Mr Cruz and calling for him to be "disqualified."

"Just saw the phony ad by Cruz - totally false, more dirty tricks. He got caught in so many lies - is this man crazy?" Mr Trump tweeted.

Retired neurosurgeon Ben Carson has accused Mr Cruz of spreading false rumours that he had dropped out of the race during the Iowa caucuses, the voting that kicked off the 2016 presidential nomination process.

And Mr Cruz's campaign was also accused of posting a digitally manipulated image of Mr Rubio shaking hands with President Barack Obama on its "The REAL Rubio Record" website. 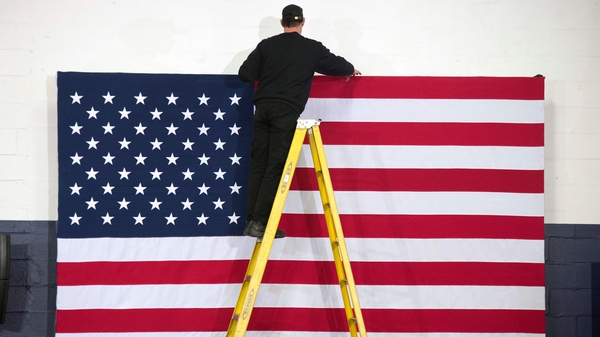 Blog: The New Hampshire Primary and what it means