An aerial geophysical survey of the eastern part of the country has revealed a number of previously unknown features under the surface, including a fault line formed by two ancient continents hundreds of million years ago.

The data was gathered by the Geological Survey of Ireland’s Tellus project, which aims to map the geophysical and geochemical make up of the entire island of Ireland over the coming years.

The latest phase saw 30 million geophysical measurements taken over a 5,810sq/km area by the Tellus aircraft, which uses special equipment to scan and see through the upper levels of the ground as it flies at low levels over it.

The information gathered includes magnetic, natural radioactivity and conductivity properties of the rocks and soil.

Between June and October of last year, the plane flew more than 32,000km – equivalent of travelling from Ireland to Australia and back – over counties Dublin, Meath, Kildare, Wicklow, Offaly and Laois. 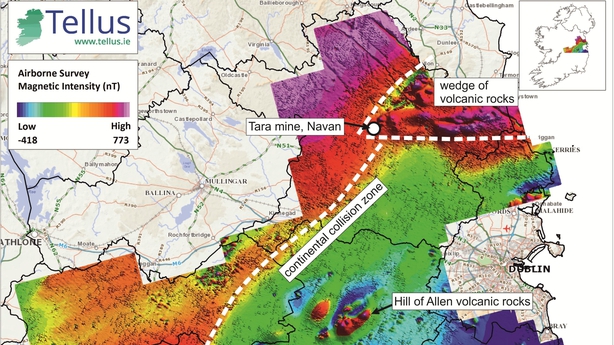 Among the highlights discovered in this latest phase was a series of complex fault lines formed by two colliding continents 400 million years ago.

They were found in a wedge shaped area between Navan and Drogheda in Co Meath, with the Boliden Tara Mines at the junction. 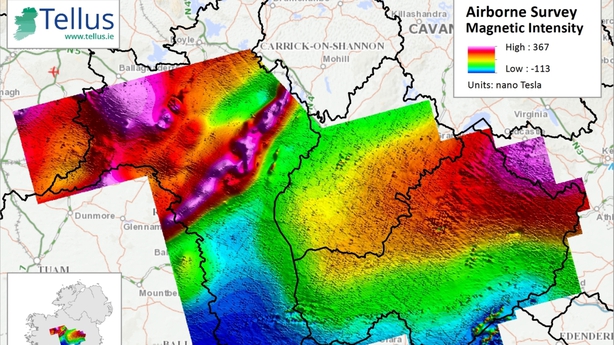 The airborne survey is supplemented by ground based geochemical teams who take soil, stream water and stream sediment samples every 4sq/km. 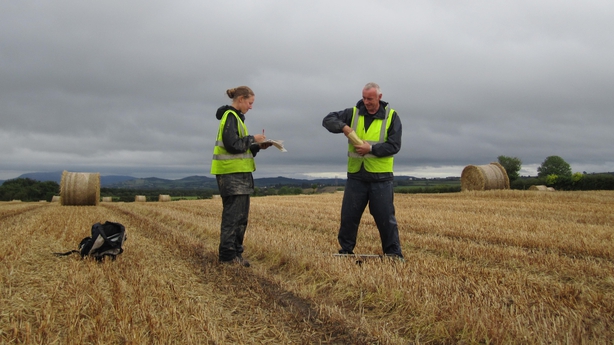 Those running the Department of Communications, Energy and Natural Resources funded project say the data will be used to inform decision making around mining and mineral exploration, the environment, health and agriculture issues.

Tellus began its work in 2007 and has so far mapped 33% of the country, flying at 60 metres above ground in rural areas, and 240 metres high in urban locations.

This year it will be scanning the area around Waterford, Galway and neighbouring counties, with the aim of having 50% of the country mapped by the end of next year.

All the data is available free of charge to download at tellus.ie.