A former national basketball coach has been jailed for 14 years and two months for abusing ten boys in the 1980s.

Bill Kenneally was sentenced at Waterford Circuit Court this morning.

Judge Eugene O'Kelly said the ten counts were a representative sample of more than 70 charges before the court.

The offences occurred over a four-year period in the mid 1980s.

The judge said Kenneally came from a relatively privileged background and worked as an accountant and that he had an appetite for the sexual gratification of young boys.

The offences happened in Kenneally's home, in his car or at various other locations.

The court heard gardaí were aware of an informal complaint in 1987 but that the current prosecution came from victims going to gardaí in 2012.

Judge O'Kelly said Kenneally had taken on the guise of being a coach or a mentor and that he groomed the boys for sexual exploitation for months and years.

He had money at a time when many were struggling and spent this money on cars which made an impression on the boys.

He gave the victims money, initially appearing as a gift, but then as a debt which they had to work off for Kenneally's gratification.

The abuse was very similar for each of the boys, the court heard.

The judge highlighted some examples of the abuse, saying each victim had suffered devastating psychological consequences.

He said the boys were powerless to prevent the abuse, with some suffering from alcohol dependency and depression and one contemplated suicide. 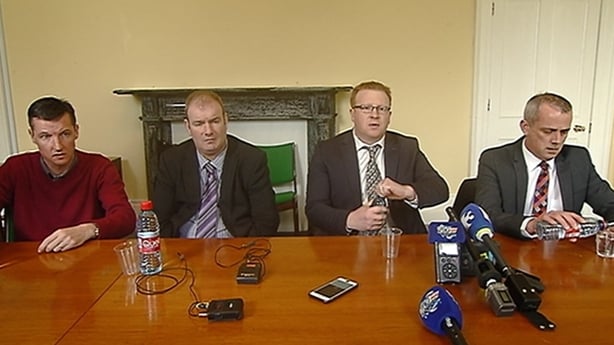 Four of the victims chose to waive their anonymity to speak out after the case. The four men  -Colin Power, Jason Clancy, Kevin Keating and Barry Murphy - said they were speaking on behalf of all victims, but especially Kenneally’s victims.

"The victim impact statements took a huge amount out of us," said Mr Clancy (pictured, second from left).

The men say there are many more questions left to be answered, in particular about who knew what in the 1970s, 80s and 90s about Kenneally.

Anyone affected by the issues in this report is advised that help is available from the Rape Crisis Network on 1800 77 88 88.

During sentencing the judge also said that family life had suffered and one of the boys was abused on the very morning he was to sit an examination.

"You have all been robbed of the innocence of your childhood," Judge O'Kelly said.

The judge said there are very strict sentencing guidelines and that the law for sentencing applies to the time the offence occurred, when the maximum sentence was two years in prison, pre-1991.

Since then the law has been changed to a maximum of 14 years, reflecting contemporary society's repugnance of abuse, he said.

He said the aggravating factors included the nature of the abuse, the effect on the victims, the intensity of the abuse, which he described as being on the upper end of the scale.

He said Kenneally gained the trust of the boys as a soccer coach, or at basketball or tennis club.

This was all manipulative grooming for the abuse which was to follow.

Another factor, he said, was the persistence of the abuse, over many years.

A fifth factor is the number of victims involved.

The number may be double what Kenneally told gardaí but the judge said he is only concerned with the ten victims before the court.

A sixth factor was the group participation of the boys, creating a distorting perception which might be considered the norm, Judge O'Kelly said.

The use of devices such as handcuffs is another factor, he said.

He said some of the victims were tied to trees and left for a time at night.

And he said the use of alcohol was another factor as it was used to facilitate the abuse, with Kenneally never drinking himself.

The payment of money was another aggravating factor, with substantial amounts of money given to the boys, which was bribery.

The maximum sentence of two years on each count is warranted, Judge O'Kelly concluded. 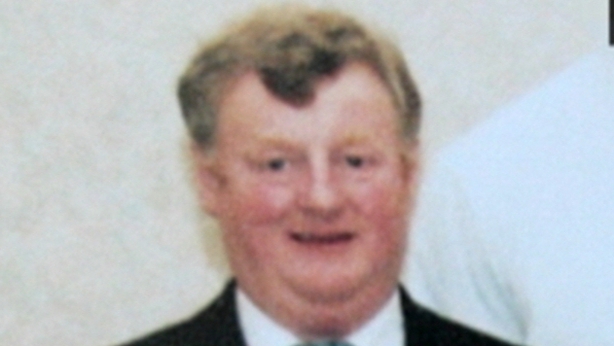 The Association overseeing basketball in Ireland has said it was not contacted about Kenneally before 2013.

Basketball Ireland said that Tusla, the agency responsible for child protection, did not contact them.

Tusla was contacted by gardaí in Waterford in December 2012 after Kenneally's house had been searched and he had spoken to them.

In April 2013, the story broke in the media and Basketball Ireland said it was not notified by any local club of any contact with Tusla.

The association said that when it became aware of the arrest in 2013, it made contact with the local basketball community in Waterford and got the name of the Chief Superintendent in charge.

Basketball Ireland Secretary General Bernard O'Byrne initiated contact to offer assistance and put the association at the disposal of gardaí for any investigation.

Mr O'Byrne told gardaí at that time that no record or documentation of any issue regarding Kenneally was in existence.

Kenneally served as Team Manager for the Ireland Senior Men's side in 1991 but the association says further information is not currently to hand.

It said it will undertake to source further information.

In a statement to RTÉ, Tusla said An Garda Síochána made contact in relation to this case in December 2012.

The agency said contact with gardaí was ongoing subsequent to this in relation to the provision of support services for the families affected.

It also said that the agency’s social workers reviewed whether there was, at that time, an ongoing risk to children and that certain protective measures were undertaken.

The agency did not expand on what these measures were but RTÉ understands that Kenneally remained as a contact on a website for a basketball club for some time in 2012 and 2013.