New county-by-county data released by Facebook shows that Fine Gael has been the most talked about political party in all but two counties across the country in the past three-and-a-half months.

The social network has also revealed that health, the economy and infrastructure have been the most discussed election issues in 24 of 26 counties during the same period – with Clare and Longford the only exceptions.

The data shows that, in general, the most talked about issues, parties and leaders show little regional variation across the country.

Facebook has 2.5 million users here, more than 2 million of whom use it daily, and is a significant focus of attention for political candidates and parties during the course of the election campaign.

Between 1 November and 5 February the company used keywords and hashtags to monitor interactions around the topic of the election.

These include relevant "Likes", "Shares" and "Comments".

The data should not be considered akin to an opinion poll.

However, it does provide an interesting insight and snapshot into what election topics ordinary voters are talking about.

While the top election issues talked about on Facebook during the period showed little regional variation, further down the list in each county, the issues most discussed by users of the social network differed quite a lot.

In Clare and Longford, the only two counties where health and the economy did not top the list, the top positions were occupied by infrastructure and crime respectively.

Following the recent spell of stormy weather, the problem of flooding also features prominently in discussions in Roscommon, Westmeath, Clare and Leitrim on the social media platform.

In Dublin and a dozen other counties, crime and corruption featured in the top five most listed election issues.

When it comes to party leaders, Taoiseach Enda Kenny was mentioned the most in every county across the country, followed by Tánaiste Joan Burton.

On the party front, Louth and Tipperary were the only counties where Fine Gael did not head the list of most discussed political groupings.

In these two counties, Sinn Féin took the number one position.

Sinn Féin was the second most mentioned party, however, in Cork, Kilkenny and Wexford, as well as eight other counties.

Fianna Fáil was the second most talked about party in six counties on Facebook.

While in Dublin, Galway and Limerick, along with four other counties, Labour was the second most discussed party.

Meanwhile, latest analysis of the use of Twitter reveals a number of changes in the most discussed election issues since 1 January.

An analysis tool built for RTÉ News by the Adapt Centre for Digital Content Technology shows that the most talked about election topic on the microblogging site (aside from news) remains finance.

However, in the past week, Irish Water has become the second most discussed issue, pushing healthcare into third place. 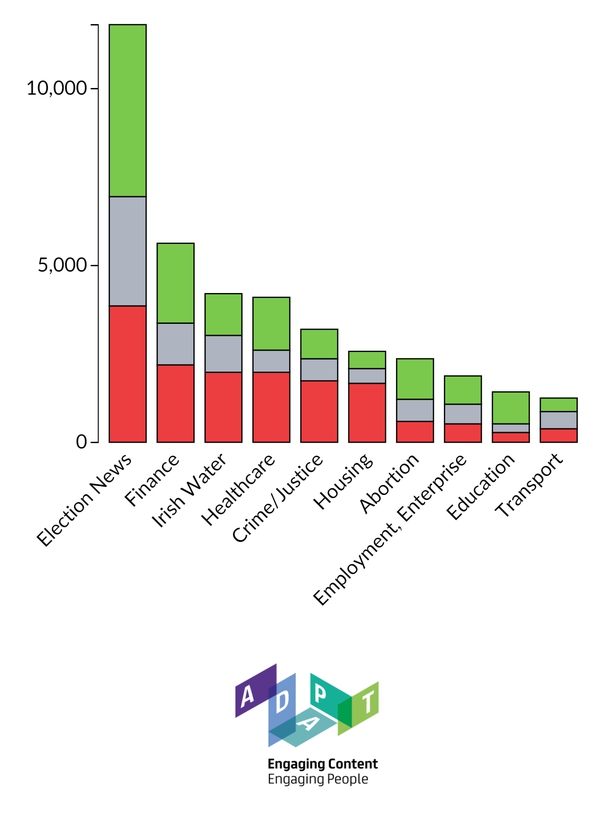 A week ago, the topic of water did not feature at all in the list of top ten most discussed issues.

Crime and justice has moved up from sixth position to fourth – possibly as a result of the increased focus following the recent high profile murders in Dublin and debate around the abolition of the Special Criminal Court.

While in the context of the past week, crime has become the second most mentioned issue.

Abortion is also now among the top issues, sitting in sixth place. A week ago it did not make the top ten at all.

When it comes to sentiment, there has been a noticeable shift in feelings expressed through tweets on many issues.

The level of negative sentiment in tweets around issues including the economy, Irish Water, healthcare, crime and justice and housing has grown considerably. 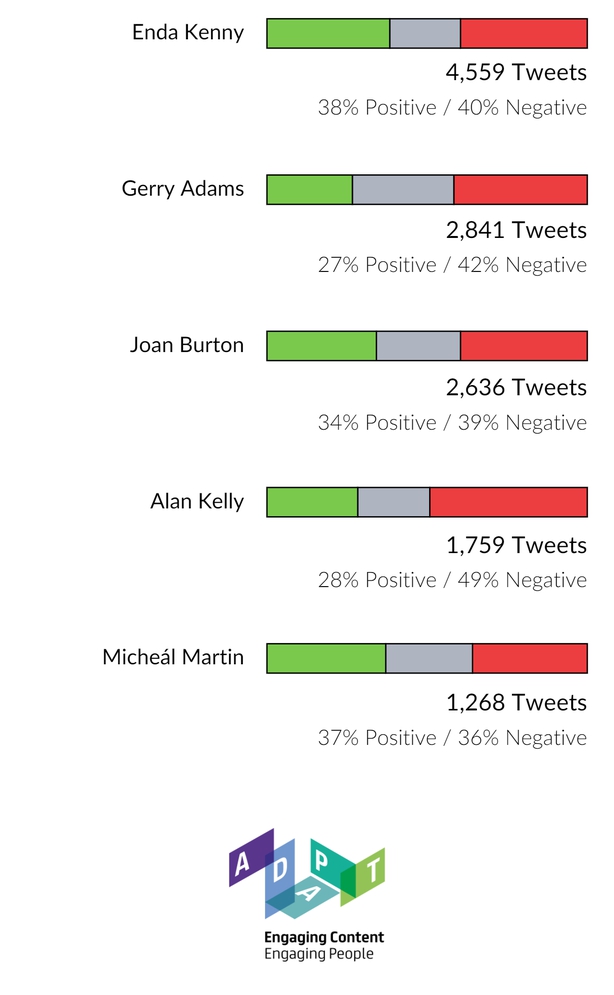 Meanwhile, Micheál Martin has entered the list of the most mentioned candidates in tweets, knocking Michael Lowry out of the top five in the past week.

While in the days since the campaign got under way, Labour has been the most mentioned party in election related tweets here, followed by Fine Gael, Sinn Féin and the Social Democrats. 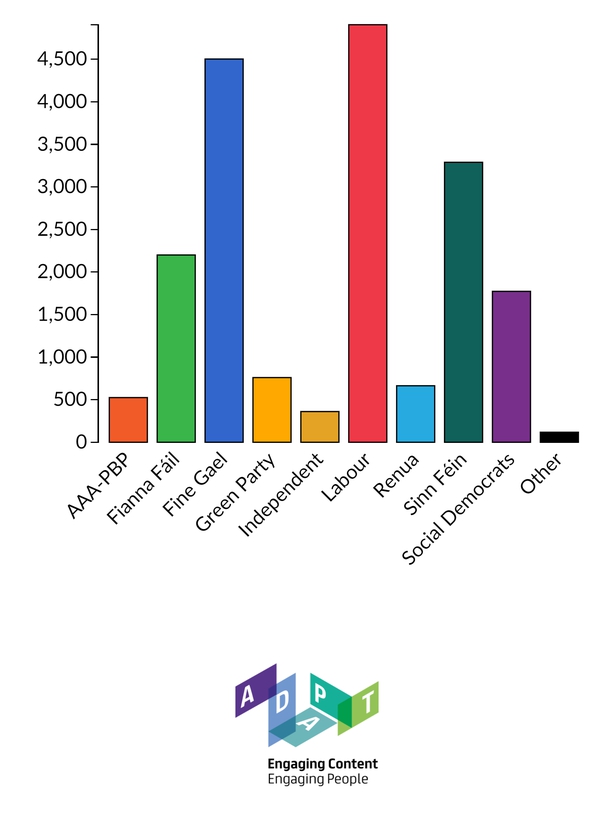