Human remains found by gardaí investigating the death of Kenneth O'Brien have been confirmed as those of the 33-year-old.

The remains were discovered by gardaí at the Grand Canal in Sallins, Co Kildare.

Mr O'Brien's dismembered torso was found in a suitcase in the water at Ardclough on 16 January.

Earlier, gardaí said they believe Mr O'Brien was killed before his body was dismembered.

They said the cause of Mr O'Brien’s death was still to be determined, but they believe he may have been shot.

The Garda Underwater Unit resumed searches earlier on the canal in Sallins.

Other possible evidence, including a motorised component for a power tool - which may have been used in the dismemberment of Mr O'Brien's body - have been recovered by gardaí, as well as human limbs in bags.

The area has been sealed off as a crime scene for the last three days.

Boating has been restricted along the Royal and Grand canals until Sunday while the searches continue.

Gardaí have searched five crime scenes, identified by information supplied from the public. 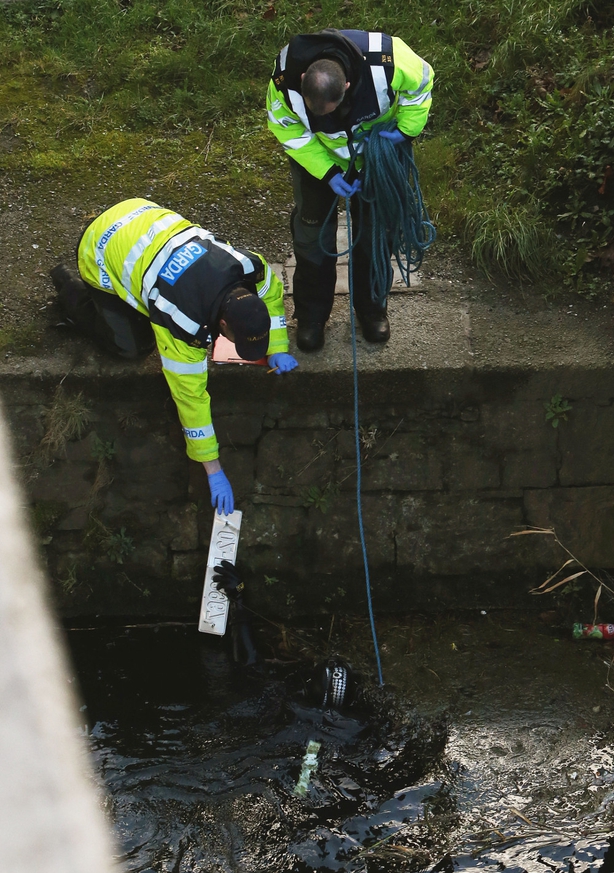 Gardaí believe the brutality of the murder and dispersal of remains over such a large area points to the involvement of an organised crime gang.

They say information from the public has enabled them to identify crime scenes at Ardclough and Sallins and have appealed for further information, as well as a third scene along the Grand Canal walkway across the road from the Carton House estate in Maynooth.

It is believed at least one item of significant evidential value was discovered there.

They also say the family of Mr O'Brien have asked them to convey their gratitude and appreciation for the public's help in the investigation into his murder.