A 67-year-old law professor and TV pundit, Marcelo Rebelo de Sousa, won the Portuguese presidency, according to election results from 97% of constituencies.

Mr Rebelo de Sousa secured the largely ceremonial post with 52.78% of the vote, far ahead of his closest rival independent leftist Antonio Sampaio da Novoa who won 22.17% of ballots. At least 50% was required to avoid a runoff poll.

Marisa Matias, the candidate for the Left Bloc, which is close to Greece's anti-austerity party Syriza, was in third place, with between 8.8% and 12.4% of vote, according to estimates.

Trailing in fourth was a Socialist former health minister, Maria de Belem Roseira, with between 2.9% and 5.9% of the vote, followed by Communist candidate Edgar Silva, with between 1.9% and 5%.

Portugal's presidency has largely ceremonial duties, but has make-or-break power over the nation's fragile ruling alliance and the right to dissolve parliament in the event of a crisis.

That authority means the ballot is being scrutinised in Europe, given the president's potential impact on the country's economic strategy.

Portugal is being watched by Brussels to see whether it will adhere closely to policies of economic stringency that unlocked a €78bn bailout.

Parliamentary elections were held in October but were inconclusive. Since then, a minority Socialist government has been relying on a delicate coalition with the extreme-left to run the country of 10.4 million people.

It is having to count on the support in parliament of communists and greens critical of EU budgetary rules and Portugal's membership of NATO.

Mr Rebelo de Sousa, a former head of the centre-right Social Democratic Party, was the clear favourite in the 10-candidate race.

Known to TV audiences as 'Professor Marcelo', he came into the contest with a popularity built over decades in the public eye.

He has the backing of right wing parties but claims total independence, insisting he will not be partisan but seek to rule "above the fray".

Prior to the election, he vowed to do "everything I can" to ensure the current government's stability.

He will succeed Anibal Cavaco Silva, a conservative who has served two consecutive five-year terms and who had been reluctant to hand power to a leftist coalition he viewed as "incoherent". 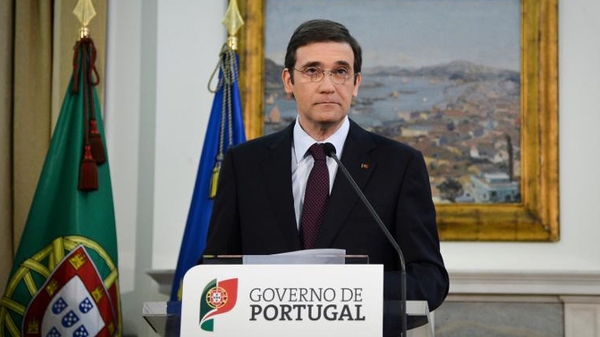