Minister of State Simon Harris has said the threshold for countries to access European Union solidarity funding in the event of flooding is "too high" and discriminates against smaller member states.

Speaking on arrival at a meeting of eurozone finance ministers in Brussels, Mr Harris said Ireland would have to have suffered damage worth €980 million in order to qualify for support from the fund.

He said it was unlikely Ireland would reach that threshold, but that the country had nonetheless suffered very badly.

He said he would raise the idea of a group of member states applying for solidarity funding together with eurozone colleagues.

Eurozone ministers are also likely to be discussing the prospect of a debt write down - or re-profiling - for Greece ahead of the first review of the country's third bailout, which gets under way next month.

Mr Harris said there was no appetite among member states for a straightforward write down of Greek debt, but he said Ireland would be supportive of a "re-profiling" through lower interest rates, longer maturities, or linking repayment to economic growth, but only after the successful conclusion of the first review of the bailout.

When asked if Ireland had abandoned its call for the retroactive recapitalisation of Irish banks, Mr Harris said that much had changed since 2012 when the issue first gained traction at European Council level.

He said the Government was determined to get back "every penny" of taxpayers’ money that went into the banking sector.

He said the Minister for Finance was determined to sell shares in Irish banks in a strategic way.

He said there was no point in swapping banking shares for European capital if the State received less money than if the shares were sold on the market.

Meanwhile, the European Investment Bank (EIB) has announced €200m in loans to the Government to go towards flood prevention and protection.

The loan was agreed by the EIB board on 17 December and announced this morning in Brussels.

The money is expected to go towards around 30 prevention and protection projects across Ireland, and will be drawn down over the next five years.

EIB Vice-president Jonathan Taylor said the loan would be matched by 55% funding from the Government.

While the interest rate charged by the EIB remains confidential according to policy rules, officials insisted the terms would be positive. The maturity of the loans will be 25 years.

The EIB is the Luxembourg-based investment bank of the EU. It provides long-term financing available to member states in order to contribute towards the European Union's policy goals.

Last year the EIB loaned €755m to projects across Ireland, including infrastructural changes to Dublin Port, the M11 motorway link, as well as funding for infrastructure projects at DCU and Trinity College in Dublin.

Mr Taylor confirmed the projects funded by the loan would have to comply with all EU directives, including the habitat directive.

While the Government has earmarked the projects for funding, the EIB will have discretion in ensuring they comply with the bank's economic principles.

The EIB has funded flood prevention and protection projects across the EU in recent years, but this is the first time it has funded such projects in Ireland. 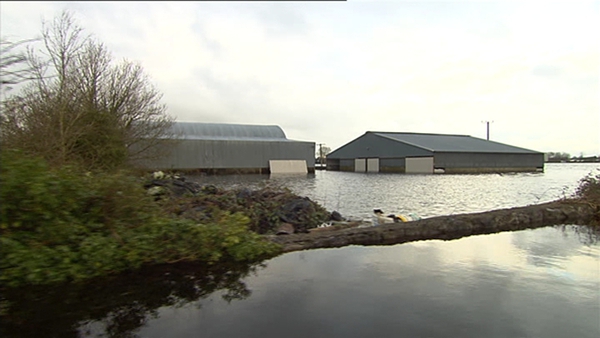