Police in the northern German city of Hamburg said they have recorded 133 cases of offences including sexual assaults allegedly committed against women during New Year's celebrations.

Investigators have not identified any suspects for the assaults that allegedly took place at the port city's party avenue Reeperbahn.

But victims have described the perpetrators as having "African, Arab, or south European appearance", a police spokesman said.

When asked if a parallel could be drawn to the assaults reported in Cologne, where assailants were allegedly of North African origin, the spokesman said: "It can of course be possible that the perpetrators belong to one group, but at the moment, the descriptions are different."

Germany was stunned this week by a rash of assaults during New Year's festivities, with Cologne police recording 516 cases that ranged from groping to theft to two reported rapes.

Of the cases filed in Cologne, 40% relate to sexual assault. 19 suspects are under investigation, police said today, adding that a 19-year-old Moroccan man had been arrested on suspicion of theft.

Police said North African asylum seekers and illegal migrants are the main suspects in the Cologne rampage, inflaming a debate in Germany over whether it could integrate 1.1 million asylum seekers who arrived last year.

Chancellor Angela Merkel took a firm line against convicted asylum seekers yesterday, saying she backed changes to the law to allow the deportation of all those handed jail time, even if it is only a suspended sentence. 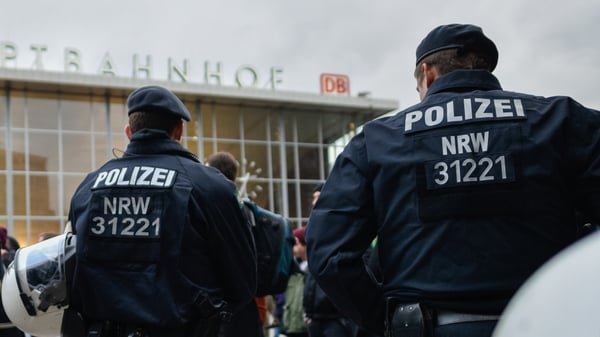