The Taoiseach Enda Kenny has appeared to indicate that if the Fine Gael-Labour coalition is re-elected, cabinet ministers would be allowed a free vote in the event of a referendum on the repeal of the Eighth Amendment.

Speaking in Munich, Mr Kenny said that ministers "would be voting in respect of what their conscience tells them".

"This is a really sensitive, personal issue for so many people, and one that needs to be discussed in a rational, comprehensive and sensitive fashion.

"I've already set out the parameters of the sort of agenda and structure of this that I'd like to see followed, and if it comes to a point where there is an issue to be decided by vote, I've already said that the members of my party will have a free vote, and that would apply whether they're in government or not in government as ministers."

Asked if he would be content to see cabinet ministers campaign against a government position on a repeal of the Eighth Amendment, the Taoiseach said: "If you get to a point - and I can't predict the outcome of any of the conclusions of the process - if you get to a point where there's a vote they would be voting in respect of what their conscience tells them."

A government spokesman has said the Taoiseach's remarks related solely to voting. The spokesman said it was "too premature" to be discussing the issue of how ministers should campaign on the issue.

Mr Kenny made the remarks near the end of a three-day trade mission to the Netherlands and Germany.

Mr Kenny said that in the forthcoming election the people had the option to choose "continued stability, continued progress, continued prosperity".

He also said the Government would be very careful and prudent with the management of public finances.

"We're not going back to the days of boom and bust, nor are we getting into the business of auction politics." 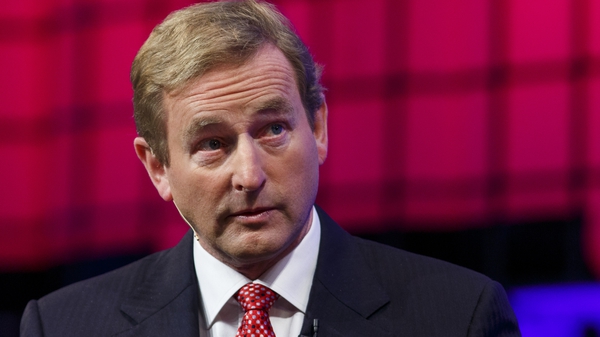