Opposition parties are calling for the Taoiseach to say what might replace the eighth amendment of the Constitution - if it were to be repealed by referendum.

Enda Kenny has said that, if returned to office, he will hold a citizens' convention within six months to debate the possibility of liberalising abortion laws.

He also said that Fine Gael TDs would be allowed to vote as they saw fit on the issue.

Fianna Fáil said it is already committed to a free vote on abortion, but is calling for greater clarity on what might replace the amendment.

The party's health spokesperson, Billy Kelleher, said a "broad debate" was needed on what he said was a "complex issue, with a lot of legal, ethical and medical" dimensions.

Last week, the Labour Party published the legislation it would introduce if the amendment were repealed allowing for abortion under four medically certified grounds - risk to life, risk to health, and in cases of rape and fatal foetal abnormality.

Ms McDonald said her party would not be holding a free vote on the issue.

Some Fine Gael backbenchers believe they could become "lobby fodder" should legislation be brought forward to hold a referendum to repeal the eight amendment in a potential future Government.

Several TDs, who did not wish to be named, told RTÉ News this evening they were relieved the issue is now out of the upcoming election campaign - but feared a free vote would deprive them of "political cover" on any final proposals.

However, many TDs including Brendan Griffin from Kerry and Ray Butler from Meath West said the move by the Taoiseach this week to grant a free vote on the issue to FG TDs was a good one.

They said this view was shared by most within the Parliamentary Party.

But Deputy Butler warned that he would vehemently oppose any proposals that would result in the "opening up of abortion clinics around the country".

Meanwhile, the Pro-Life Campaign has expressed disappointment about the Taoiseach's decision to hold a constitutional review on abortion.

The Pro-Life Campaign's deputy chairperson Cora Sherlock claimed that political discussion had, to date, been misguided. She wants to see the Government focus on developing “alternatives to abortion” and providing more resources for perinatal palliative care. 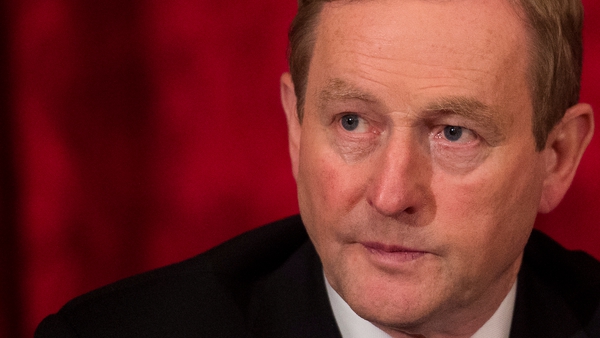 Taoiseach would call forum on abortion if re-elected