US researchers have found that three in four e-cigarettes use a flavoured liquid that has been linked to severe respiratory disease.

E-cigarettes are battery-powered devices that heat a nicotine-containing liquid, which is inhaled much like a cigarette.

Unlike traditional cigarettes, the devices are not regulated by US authorities, leading to concern among some experts that they may be harmful to health.

There are also concerns that their candy and fruit flavours may appeal to youths and put them at risk of addiction.

For the study in the journal Environmental Health Perspectives, scientists at Harvard University tested flavours that may appeal to young people such as Cotton Candy, Fruit Squirts and Cupcake.

They found that 75% of tested samples contained diacetyl, which when inhaled has been linked to the respiratory disease bronchiolitis obliterans.

The condition is sometimes called "popcorn lung" because over ten years ago it was discovered in workers who inhaled artificial butter flavour in microwave popcorn processing facilities.

Of the 7,000 varieties of flavoured e-cigarettes, researchers focused on testing 51 types "sold by leading brands for the presence of diacetyl, acetoin and 2,3-pentanedione, two related flavouring compounds that are listed as 'high priority,'" because they may pose a respiratory hazard in the workplace, the study said.

In a lab testing environment, each e-cigarette was attached to a device that drew air through the e-cigarette for eight seconds at a time, with a resting period of 15 or 30 seconds, to mimic the action of a human smoker.

The air stream was analysed, and at least one of the three chemicals was detected in 47 of the 51 flavours tested, according to the report.

"Diacetyl was detected above the laboratory limit of detection in 39 of the flavours tested," it said.

Acetoin was detected in 46 flavours, and 2,3-pentanedione was found in 23 of the flavours.

"Since most of the health concerns about e-cigarettes have focused on nicotine, there is still much we do not know about e-cigarettes," said study co-author David Christiani, a professor of environmental genetics.

"In addition to containing varying levels of the addictive substance nicotine, they also contain other cancer-causing chemicals, such as formaldehyde, and as our study shows, flavouring chemicals that can cause lung damage." 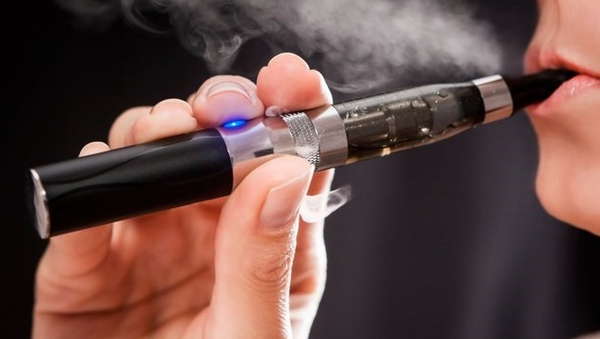 'Vape' is word of the year for Oxford Dictionaries