Victims of a Paris-style gun and bomb attack should run or hide rather than lie down, according to new official guidance in Britain

The National Counter Terrorism Security Office published the advice in the wake of the terrorist atrocities in the French capital which killed 129 people.

The document outlines what to do in "response to a fast-moving incident such as a firearms or weapons attack" and also advises businesses to develop procedures for what NaCTSO called a "dynamic lockdown".

It follows evidence from victims of the assault on the Bataclan music hall in Paris, where gunmen burst in and fired indiscriminately at the crowd.

Several survivors have told how they dropped to the floor and remained still as the massacre claimed the lives of 89 music fans and injured 100 more.

But the NaCTSO guidance said those caught up in such an attack should "escape if you can", "insist others leave with you" and "leave belongings behind".

In the event that escape routes are cut off, then officials advise finding cover from the gunfire behind "substantial brickwork or heavy reinforced walls" as "cover from view does not mean you are safe, bullets go through glass, brick, wood and metal".

After finding a hiding place, victims should "be quiet, silence your phone" and barricade themselves in before phoning 999 and reporting the location, details about the suspects and whether there are any hostages and casualties.

The guidance also suggests companies train staff in how to lockdown buildings and react to an attack.

"Dynamic lockdown is the ability to quickly restrict access and egress to a site or building (or part of) through physical measures in response to a threat, either external or internal," said NaCTSO, a branch of the National Police Chiefs' Council.

Alarms, internal messages or a PA system could be used to inform workers of a terrorist assault and firms should hold regular drills.

No change in threat to Ireland

Meanwhile, the Taoiseach has reiterated his previous comments that the threat level of a terrorist attack in Ireland has not changed since the Paris attacks.

Enda Kenny said that in a briefing he received from the national security committee this morning he was told that the situation remains that an attack is possible but not likely.

He said the Government has not yet received a formal request from the French government for extra peacekeepers in Mali to allow them to free up more of their resources.

But he said the French ambassador had mentioned to him that the French security services are "very stretched".

He said Ireland already has ten people working alongside the French in Mali and would assist where it can, but the numbers would be small. 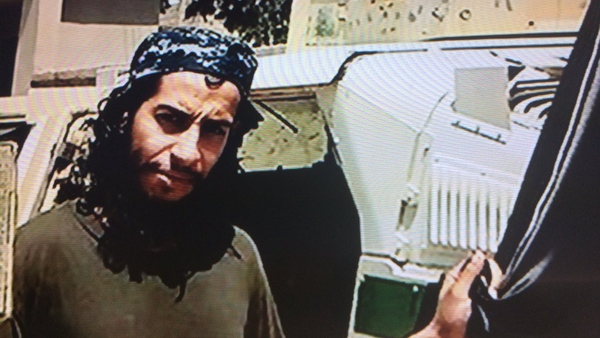