The British Chancellor has warned that the so-called Islamic State is seeking to launch potentially deadly attacks on essential services.

George Osborne said the UK has developed an "offensive cyber capability" to hit back directly at terrorists and states.

He said the military was ready to "take the fight" online in retaliation for to attempts to disrupt vital infrastructure such as transport, hospitals and energy supplies.

Funding to tackle cyber crime and warfare is being doubled to £1.9bn a year by 2020, he told intelligence staff at the GCHQ listening post in Cheltenham.

IS had shown their ability to exploit the internet for propaganda and recruitment, he said, and they were "doing their best" to extend that capability to killing people in the UK by causing disruption.

"So when we talk about tackling Isil, that means tackling their cyber threat as well as the threat of their guns, bombs and knives.

"If our electricity supply, or our air traffic control, or our hospitals were successfully attacked online, the impact could be measured not just in terms of economic damage but of lives lost."

But he said the UK would not hesitate to match fire with fire.

"Just as our adversaries can use a range of actions against us, from the virtual to the physical, so we are making sure that we can employ a full spectrum of actions in response," Mr Osborne said.

"And we are ensuring that we have at our disposal the tools and capabilities we need to respond as we need to protect this nation in cyberspace, just as in the physical realm.

"We are building our own offensive cyber capability - a dedicated ability to counter-attack in cyberspace. We have built this capability through investing in a National Offensive Cyber Programme.

"The programme is a partnership between the Ministry of Defence and GCHQ, harnessing the skills and talents of both organisations to deliver the tools, techniques and trade craft required for the UK to establish a world class capability.

"And we will now commit the resources to develop and improve this capability over the next five years."

Whether the threat was from individual hackers, criminal gangs, terrorist groups or hostile powers, the message from the UK was now: "We will defend ourselves. But we will also take the fight to you too", he said.

"To those who believe that cyber attack can be done with impunity, I say this: that impunity no longer exists.

"We need to ensure that our military are equipped to fight the wars of the 21st century," he said.

"That means they need to be prepared for hybrid conflicts, played out in cyberspace as well as on the battlefield. A 21st century military has to operate as effectively in cyberspace as it does on land and sea, in the air and space.

"Our commitment to spending 2% GDP on defence means we can invest in a military that is cyber-trained, cyber-secure, and cyber-enabled, with the ability to fight in every domain of future conflicts."

More details are to be released by Prime Minister David Cameron when he presents the results of the Strategic Defence Review next week. 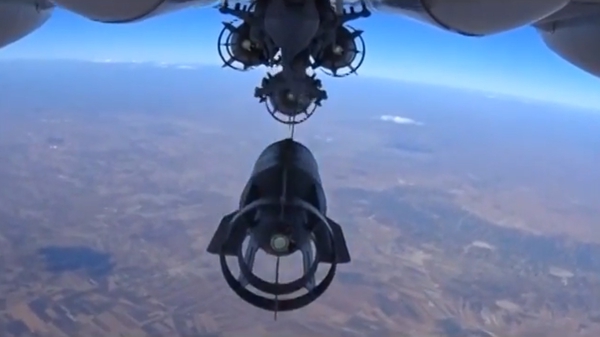 IS warns of further attacks on countries striking Syria