The Anti-Austerity Alliance-People Before Profit grouping expects to run more than 30 general election candidates in 27 constituencies.

Launching the new alliance, People Before Profit TD Richard Boyd Barrett said: "for the first time, there would be a substantial national force to the left of the Labour Party, offering a serious alternative to austerity".

He said the "popular revolt" seen in relation to water charges, would be "translated into a serious political challenge to the established parties".

Anti-Austerity Alliance TD Paul Murphy said there was a "political revolution under way across Europe" and this new alliance would be part of a "mass left-wing political force".

He said the group was ruling out going into government with Fianna Fáil, Fine Gael, Labour and Renua.

He added that "if the numbers added up, it would be a question of what kind of left programme could be agreed with Sinn Féin".

Elsewhere, Renua leader Lucinda Creighton said her party is committed to bringing new people into politics and it would be announcing three new election candidates this week.

Asked about the loss of another three candidates who have recently decided not to run for the party, Ms Creighton said Renua had "had good and bad days".

Ms Creighton added that she believed politics could be overwhelming for those with little experience.

The Renua leader was speaking as she formally welcomed former Fine Gael councillor Keith Redmond to the party.

Mr Redmond said he had felt disillusioned with Fine Gael for some time, describing the Coalition as the "most nanny-state Government in the history of the State".

He said he would not be "particularly warm" towards the Taoiseach, saying Enda Kenny was "not exactly an inspirational leader".

Mr Redmond also claimed "the vast majority of people would probably assume that he holds back the party".

Labour Party TD Michael McNamara said he believes now is the time to "go to the people" and call an election.

Speaking on RTÉ's Today with Sean O'Rourke, Mr McNamara said it was time to hold an election because increasing speculation was interfering with Dáil business.

However, he added that opinion in the Labour Party was divided about when an election should be held.

Asked if an early election would amount to "throwing Labour under the bus", Mr McNamara said he did not believe it would, saying he did not see the difference between now or in a few months.

Asked if he was part of a minority who hold this position in the party, he said he was "used to being in a minority". 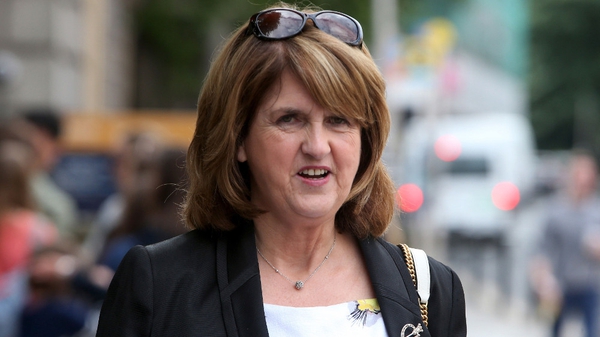 Burton says election should not be held before bank inquiry reports