Tánaiste Joan Burton has said she believes the banking inquiry should be allowed to finish its work before an election is held.

Speaking at a jobs announcement in Dublin, Ms Burton said the Government had made the inquiry a priority, and because it now had an extension into January, she said it was important that it should be allowed "take its course".

Asked about speculation of a November vote, the Tánaiste said she had had "a long and very friendly" conversation with Taoiseach Enda Kenny last night, and she believed that an election should not be held until after the banking inquiry had published its report.

She said the talks she had with Mr Kenny were "very similar to all other conversations" she had had with him on the topic, adding that the Government was focused on doing the job it was elected to do.

Earlier, during a speech announcing the creation of 200 jobs at software firm Workday, Mr Kenny had joked that there may not be an election within the next six months.

The Fine Gael leader said the electoral cycle was "seven years in the Constitution, but convention says it's five".

Elsewhere today, Minister for Education Jan O'Sullivan told RTÉ’s News at One that she expects the election will take place after St Brigid’s Day.

When asked if Labour trusts the Taoiseach to hold on until the spring, the Labour minister said: "Yes, we do trust the Taoiseach ... everything the Taoiseach has said has been reiterated by the Tánaiste that the election will be in the spring and that is the Government position on it." 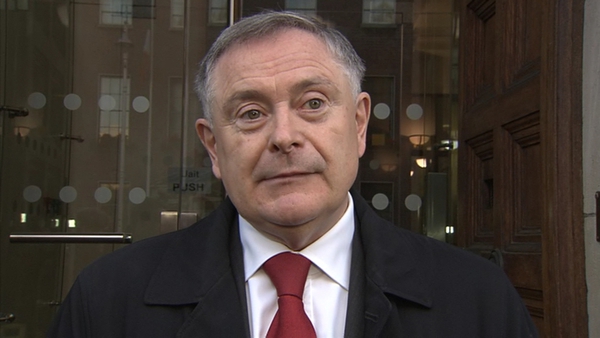