The Argentine-born pope said that institutions including the UN Security Council and financial lenders needed to "limit every kind of abuse and usury."

He also said the "boundless thirst for power and material prosperity" is harming the environment and hurting the poor most.

Pope Francis said the destruction of biodiversity threatened the "very existence of the human species".

He voiced confidence that a conference on climate in Paris in December would lead to an agreement.

A record number of heads of state and government gathered at the UN headquarters to hear Pope Francis addresses the assembly. 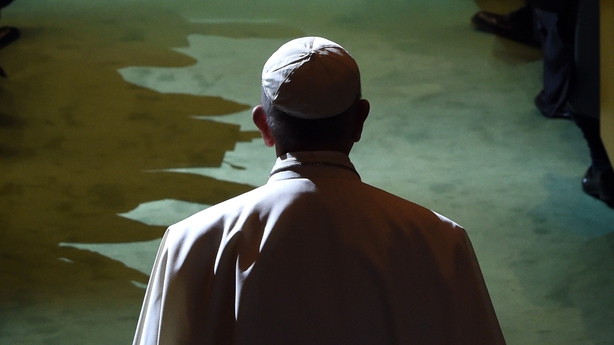 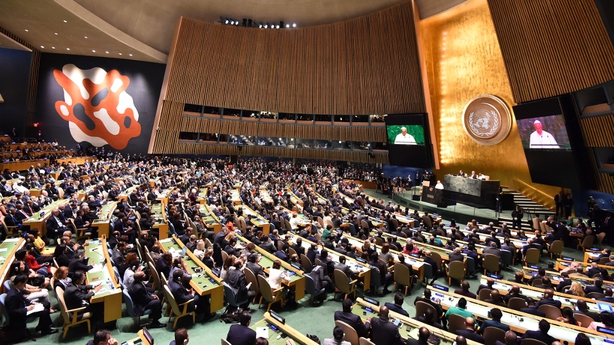 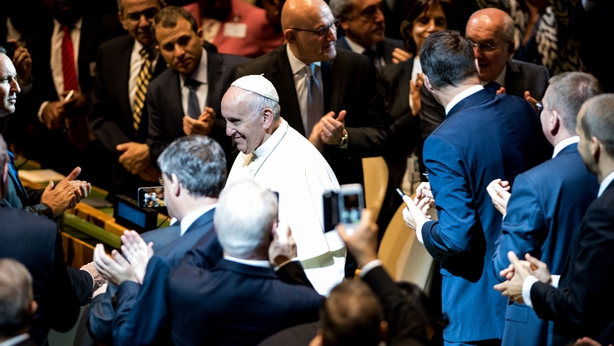 Taoiseach Enda Kenny is among the world leaders who will formally adopt the Sustainable Development Goals after the Pope's address.  Ireland played a key role in drafting the goals.

The Pope said there is an urgent need for a total ban on nuclear weapons and praised the nuclear deal with Iran as "proof of political goodwill" and said he hopes it will be "lasting and efficacious".

In a clear reference to the so-called Islamic State, Pope Francis condemns the persecution of religious minorities and the destruction of cultural heritage.

He also called on people to respect the "natural difference" between men and women, as he warned against the imposition of "alien" lifestyles.

"We recognise a moral law written into human nature itself, one which includes the natural difference between man and woman and absolute respect for life in all its stages and dimensions," Francis said.

In his address, he urged action to stop drug trafficking saying it was "silently killing millions".

"Drug trafficking is by its very nature accompanied by trafficking in persons, money laundering, the arms trade, child exploitation and other forms of corruption." 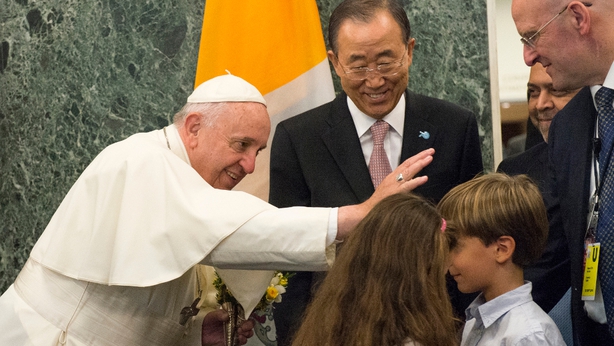 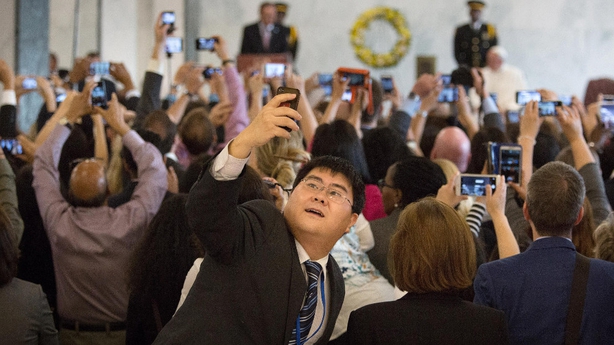 Pope Francis is in New York on the second leg of his US tour after making a historic address to US Congress yesterday, addressing hundreds of politicians a day after his talks with President Barack Obama at the White House.

It was the first time the leader of the Roman Catholic Church has addressed a joint meeting of Congress.

The United Nations Millennium Development Goals was introduced in 2000 and consisted of a wish-list of eight objectives to eradicate poverty in the developing world.

The goals expire this year and will be replaced by the Sustainable Development Goals which will run until 2030.

The Sustainable Development Goals is made up of 17 wide-reaching goals, with 169 targets to eradicate poverty, share prosperity and sustain the planet, and are designed to be implemented in all countries, not just those in the developing world.

Ireland and Kenya co-chaired the negotiations involving 193 countries to agree upon the new set of objectives.

154 heads of state or government have travelled to the UN in New York to formally adopt the far-reaching development aims at a special summit.

Taoiseach Enda Kenny also addressed the summit saying Irish people "carry the generational-memory of occupation, of hunger, of conflict and of mass emigration". 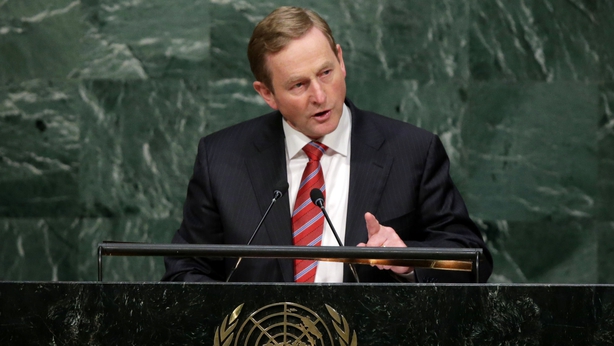 "Our past has taught us that no one country can stand alone in an interconnected world" he said.

He said the humanitarian issues the world faces currently have not been seen since WWII. He said Ireland will work closely with EU partner to "save life and to give the chance of a new life". 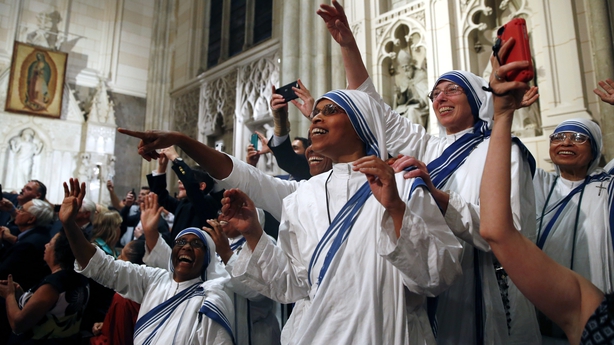 Pope Francis used his first public remarks since arriving in New York last night to express solidarity with Muslims after a devastating stampede in Saudi Arabia.

"I want to express the closeness of the church in the face of the tragedy people suffered in Mecca," said the pontiff at the start of his homily during prayers at St Patrick's Cathedral.

The stampede killed at least 717 people and injured hundreds more at the Hajj, one of the worst-ever tragedies at the annual Muslim pilgrimage.

Yesterday marked the Muslim feast of Eid al-Adha in America, where more than 1,800 public schools in New York closed for the first time in honour of a Muslim religious holiday.

"In this moment of prayer, I unite and join in prayer with our almighty God and merciful father," he added.

Pope Francis was greeted by cheering crowds of thousands who lined Fifth Avenue to catch a glimpse of him in his popemobile.

He also led an inter-religious prayer service at the site of the 11 September attacks at the World Trade Center. 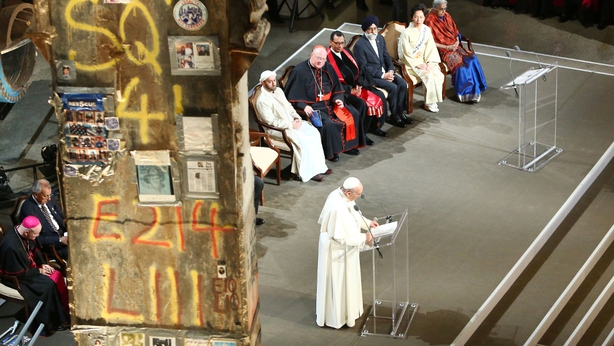 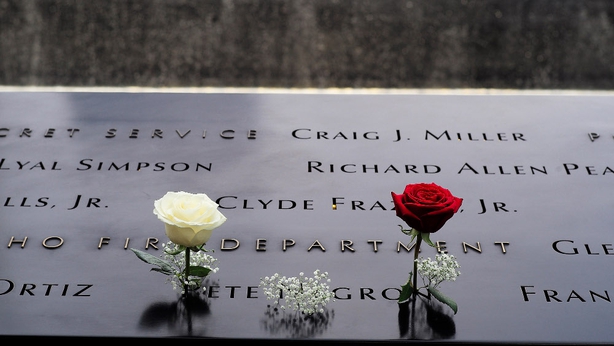 US canon lawyer Fr Tom Doyle has criticised Pope Francis' comments to his bishops in the United States on clerical child sexual abuse.

Fr Doyle said the pontiff's visit to the country is being tainted by his words of congratulation for their "generous commitment" to helping victims.

Speaking in Washington DC on Wednesday, Francis said the bishops had faced the crisis "without fear of self-criticism and at the cost of mortification and great sacrifice".

Fr Doyle said he was initially stunned by Francis'remarks but that soon translated into anger.

He said that while a very small number of US bishops had responded well to victims, in general, the hierarchy's unchristian response had cost the US church $3.5 billion.

"They're still causing the problem," he said, speaking by phone from his home in Virginia.

He said that today they are treating victims just as they had treated them over the past 15 years when the scandal erupted in the US.

"There has been no general commitment to healing victims….they (the bishops) stiff-arm them," he said.

He instanced the survivors who were forced to go to the civil courts to seek justice saying the bishops "pounded them into the ground and treated them as the enemy."

He said the Pope should have told the bishops to reveal all the secret files they held on priests and others who abused in the church.

"Reach out to victims, stop punishing them, especially in the courts," Fr Doyle added. 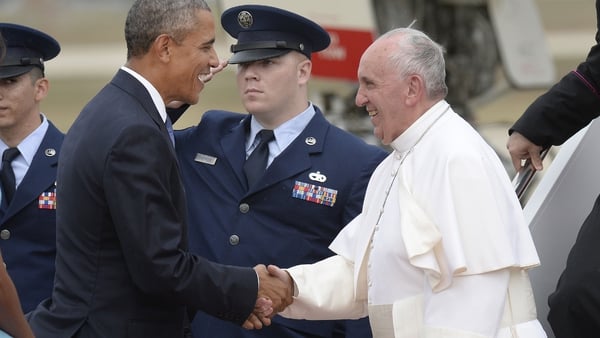