A Co Clare man has been ordered by the High Court to notify the State that he wants to bring a new legal challenge to the marriage equality referendum.

Gerry Walshe of Lisdeen, Co Clare has applied to the High Court for permission to bring Judicial Review proceedings aimed at quashing the decision to endorse the provisional certificate verifying the referendum's result.

He claims the certificate should not have been endorsed until all legal challenges had been determined.

Mr Walshe told Ms Justice Margaret Heneghan that that the referendum returning officer knew or ought to have known that an application to the Supreme Court was still "live" when the certificate was endorsed on 28 August.

He said last week's Supreme Court judgment refusing him permission to proceed with his challenge was critical of the organs of the State.

Mr Walshe said the Chief Justice had criticised "the lack of respect for the legal process shown by the organs of the State".

Mr Walshe said anything that transpired as a result of the certificate being endorsed was invalid.

Ms Justice Heneghan ordered him to notify the Chief State Solicitors Office of the proceedings and adjourned the case until tomorrow.

Last week the Supreme Court refused to hear an appeal by Mr Walshe against decisions of the Appeal Court and the High Court during which he challenged the legality of the marriage referendum.

The court said: "It would not be necessary in the interests of justice that there be an appeal to the Supreme Court."

However, the court also noted that because no stay had been placed on the certificate of the referendum result after the Court of Appeal decision, "very serious constitutional consequences" might have occurred had it decided to grant leave to appeal.

The court said it highlighted the need for those who seek leave to appeal to the Supreme Court to address the question of a stay in the lower court. It also said the respect due to the legal process by other organs of the State was relevant.

The court said there were no adverse consequences in this case but said in another case very serious constitutional consequences might have occurred had the court granted leave to appeal after the Constitution had been amended. 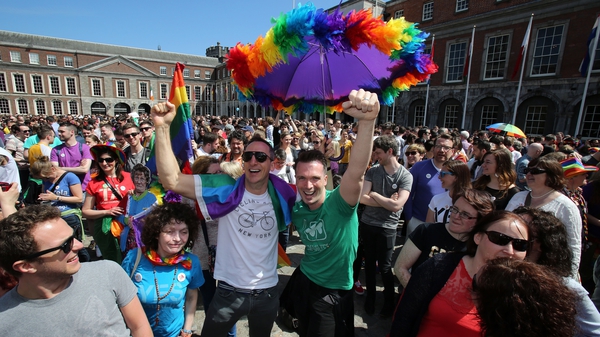