The Irish Tax Institute, the professional body for tax advisors, says three quarters of a million income earners will not be liable for income tax after the next budget, raising questions about the size of the tax base.

It also says Ireland has a higher effective tax rate for foreign executives than Sweden and the Netherlands.

With the budget approaching, there have been widespread reports of cuts in Universal Social Charge rates and other changes to the personal income tax regime.

The institute says that will mean 31% of the total workforce will be out of the income tax system.

It has also looked at concerns from a number of business bodies, including the national competitiveness council, on the impact of the personal tax system on attracting overseas managers.

It found that foreign executives in Ireland pay more tax than they would in competitor regimes in the Netherlands and Sweden.

Speaking on RTÉ's Morning Ireland, ITI Tax Policy Director Cora O'Brien said that current tax rates are "out of line" and need to be lowered to attract talent to Ireland.

She said that the institute wants to see a more competitive regime where tax is not seen as an impediment for those wanting to drive innovation.

Ms O'Brien said the institute found that high earners in Ireland were paying considerably more tax than those on the same salary in the US or the UK.

"We actually found that Ireland was at the top of the tree of eight countries. So you come to Ireland, you're paying more tax than you're paying in a range of other countries," she said.

Arriving for a Cabinet meeting this morning, the Taoiseach said that budget decisions had not been signed off on by the Government.

However, Enda Kenny said it is clear that the tax burden is too high and the "rate too penal", and Minister for Finance Michael Noonan was looking at ways of addressing this.

Responding to the ITI’s concerns about reducing the tax base, Minister for Public Expenditure and Reform Brendan Howlin said that he listens to all views.

Mr Howlin said that there is a point of view that everyone should pay a little but from his perspective the Government has to make sure that work pays, so that people on low incomes can take home as much as they can.

However, Mr Howlin said, especially from a Labour Party perspective, maintaining a decent tax base would remain a focus for him.

In relation to reports that the budget is expected to contain measures to oblige multinationals to draft country-by-country reports on their global activities, the minister said that Ireland had been fully engaged in the OECD's base-erosion and profit-shifting (Beps) project, and that the ideas of transparency in how multinational companies earn and declare their income was in everyone's interest. 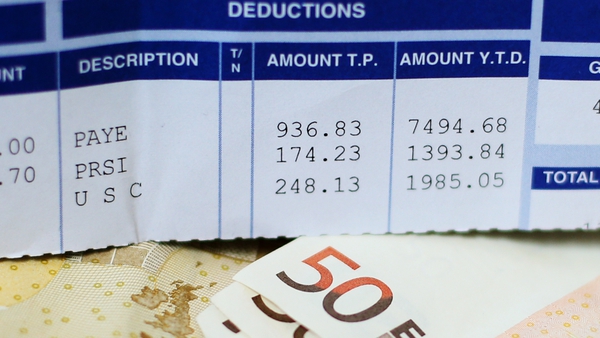