Amid chaotic scenes at its border with Serbia, Croatia said this evening it could not cope with a surge of people seeking a new route into the EU after Hungary kept them out by erecting a fence and using teargas and water cannon.

The European Union called an emergency summit next week to try to overcome disarray over the refugee crisis, as its newest member state said it may have to use the army to stop illegal migrants criss-crossing the Western Balkans in their quest for sanctuary in the wealthy 28-nation bloc.

The EU is split over how to handle the influx of hundreds of thousands of people mostly fleeing war and poverty in Syria, Iraq, Afghanistan and Pakistan.

Croatia said 8,000 migrants had crossed from Serbia in one day after yesterday’s clashes between Hungarian riot police and stone-throwing refugees at its Balkan neighbour's frontier.

Interior Minister Ranko Ostojic said the country would close its border with Serbia if that happened again.

Hungary's closure of its southern EU border with Serbia has shifted pressure onto Croatia, Slovenia and Romania.

At the eastern border town of Tovarnik, Croatian riot police struggled to keep crowds of men, women and children back from rail tracks after long queues formed in baking heat for buses bound for reception centres elsewhere in Croatia.

Scuffles broke out as police tried to get women and children to board the buses bound for reception centres near Zagreb.

An Iraqi from Baghdad who gave his name as Riad said he had been separated from his wife and child.

"Only women and children are now allowed onto buses. My wife and child are gone and they [police] do not allow me to join them. My phone does not work."

Groups of migrants broke away from the police and set off on foot down railway lines and through fields.

"They want to take us to the camps, but we don't want that," said one man as he set off, without giving his name.

Croatia's president met the army chief of staff and asked the military to be ready, if necessary, to protect national borders from illegal migration, state news agency Hina reported.

Police also took up position in a suburb of the capital Zagreb around a hotel housing hundreds of migrants, some of them on balconies shouting "Freedom! Freedom!".

Others threw rolls of toilet paper from the balconies and windows.

"Croatia will not be able to receive more people," Interior Minister Ranko Ostojic told reporters in Tovarnik while suggesting the country would not simply let migrants head north to Slovenia, which is part of the EU's Schengen zone of border-free travel.

Police in Hungary, which is also in Schengen, said about 200 migrants had been detained after crossing into the south of the country from Croatia. 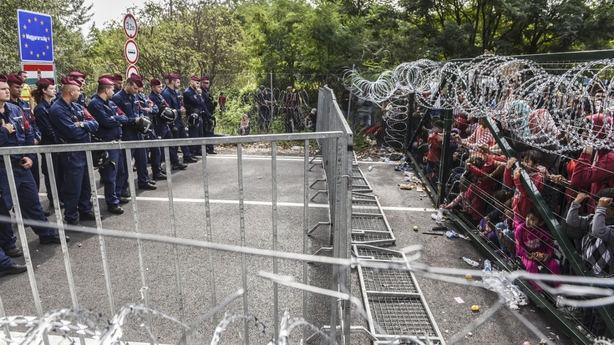 There is no fence on that part of the border at the moment but Hungary plans to build one.

The Hungarian government accused Croatia of failing to prevent them and summoned its ambassador to complain.

Escalating a war of words over the crisis, Foreign Minister Peter Szijjarto said its neighbour had proved it would not be ready to join the Schengen zone for several more years.

European Council President Donald Tusk summoned EU leaders to a summit next Wednesday to discuss how to better manage external EU borders and help Turkey, through which many of the migrants are passing, as well as other states in the region that are housing Syrian refugees.

He had been urged to do so by German Chancellor Angela Merkel, leader of the EU's most powerful member state and the desired destination for many of the refugees.

The bloc's interior ministers failed to agree on Monday on a mandatory quota system designed to spread the burden of this year's huge influx.

Ex-communist Central European states opposed to compulsory quotas for taking in refugees are pressing for more action to prevent migrants crossing the Greek and Italian borders who do not qualify for refugee status.

EU commissioner for migration Dimitris Avromopoulos rebuked Hungary over its tough actions, telling a joint news conference with Hungary's foreign and interior ministers that most of those arriving in Europe were Syrians "in need of our help".

"There is no wall you would not climb, no sea you would not cross if you are fleeing violence and terror," he said, describing barriers of the kind Hungary has erected as temporary solutions that only diverted people, increasing tensions.

Mr Szijjarto hit back, saying that siding with rioting migrants, who pelted Hungarian police with rocks in clashes that injured 20 police, was encouraging more violence. 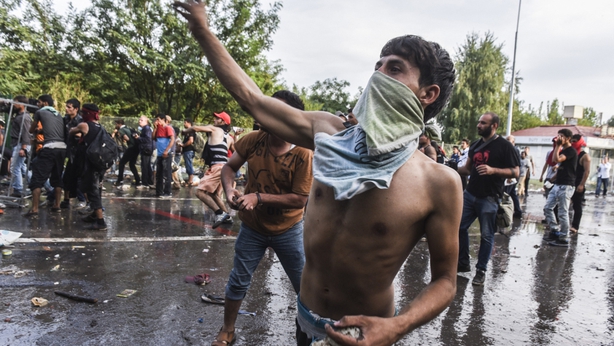 In Brussels, Johannes Hahn, the EU's commissioner in charge of enlargement, urged member states to stay calm and fight the crisis together.

"The Western Balkans must not become a parking lot for refugees. That would be a grave geostrategic mistake. Cool heads on all sides are all needed now, not harsh rhetoric," he said.

Undeterred by the problems faces by migrants at the gates of Europe, more have been arriving at the Greek port of Piraeus from Lesbos island, a short boat ride from Turkey.

Others are waiting outside Europe to attempt the hazardous journey that has cost thousands of refugees their lives.

"It would be very dangerous, but if you make it, the reward is great, the whole world will open up for you," Yousef Hariri, a refugee from Deraa in Syria, said at a refugee camp in Jordan.

Police said the number of refugees arriving in Germany more than doubled yesterday to 7,266.

The head of the German Office for Migration and Refugees quit for personal reasons after being criticised for slow processing of applications from a record number of asylum seekers.

In Istanbul, hundreds of Syrians and other migrants thronged a small park in the city centre hoping for a last chance to reach Europe before poor weather makes their favoured Aegean Sea route to Greek islands too dangerous to undertake.

Greece said large groups of refugees from Syria may be about to try to cross its far northeastern land border with Turkey, a relatively new entry point. Much of the frontier is fenced. 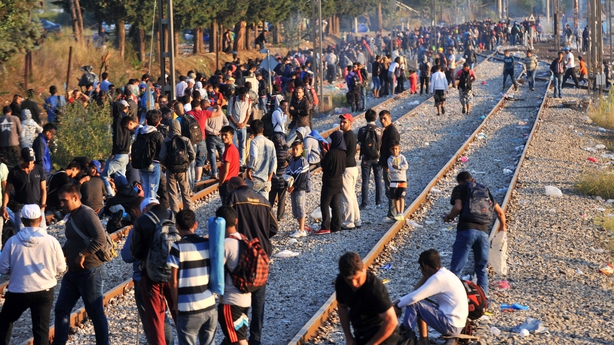 A record 300,000 people have fled to Europe via Greece this year, according to the International Organisation of Migration. More than 116,000 more have arrived in Italy.

Hungarian Prime Minister Viktor Orban, who has blamed Germany for the wave of migrants after Ms Merkel offered a welcome for Syrian refugees, said Muslims would end up outnumbering Christians in Europe if the policy continued.

"I am speaking about culture and the everyday principles of life, such as sexual habits, freedom of expression, equality between men and woman and all those kind of values which I call Christianity," Mr Orban said in an interview published in several European newspapers.

"Europe was created to knock down walls, not to build them," Italian Prime Minister Matteo Renzi said. 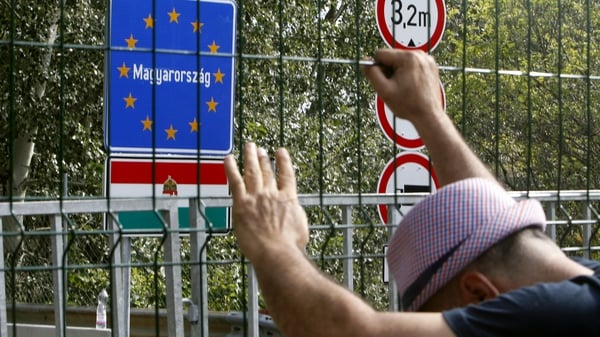 Ban criticises Hungary over treatment of people at border