Just three days after her three sisters gave birth in Co Mayo, a fourth sister has had her baby.

Christina Murray was due last Sunday and this evening at 6pm she gave birth to a baby girl.

Christina's three sisters, Mairead, Joeline and Bernie gave birth to two boys and a girl there on Tuesday.

The sisters are from Cloonfad in Co Roscommon, and all live close to each other. 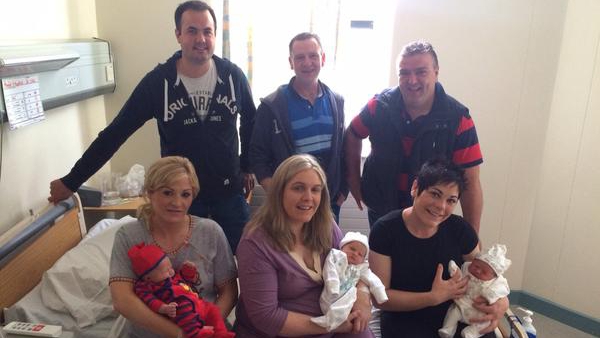