Fifty people have been placed in quarantine in northern Sierra Leone after the death of a middle-aged woman from the Ebola virus, in a setback for the country's bid to gain Ebola-free status.

"We are conducting an epidemiological investigation to trace the extent of the transmission," Ibrahim Sesay of the National Ebola Response Centre (NERC) told a local radio station.

The woman who died was sick for five-ten days without the authorities being alerted.

Given 50 people have been identified as at high-risk "we should not be surprised if we see new cases coming out," from the new case, identified in the village of Sella Kafta in the northern district of Kambia, Mr Sesay said.

There had been celebratory scenes last week when the country's last known Ebola patient was released from hospital in the central city of Makeni after being cured of the virus, raising hopes the west African nation may finally have beaten the devastating epidemic.

The latest victim had not travelled to either Liberia or Guinea, two other countries also blindsided by the worst outbreak of Ebola in history, which has killed 11,300 people since first emerging in December 2013 in Guinea.

News of the new Ebola death came as a new school year got under way on Monday, with measures in place to try to prevent the spread of the virus.

Children's temperatures were being checked at many schools, and students were directed towards buckets of chlorine to wash their hands.

Schools were closed for more than eight months at the height of the Ebola outbreak.

Reports from Kambia said community leaders and residents remained "in a state of shock" over the news. 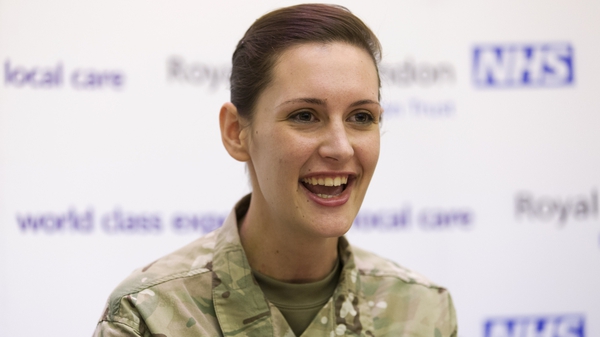