A British army reservist who contracted Ebola while working as a volunteer nurse in Sierra Leone has fully recovered after becoming the first patient in the world to receive an experimental new treatment.

Anna Cross, 25, was discharged today from the Royal Free Hospital in London where she was taken earlier this month after being evacuated from west Africa on a Royal Air Force plane.

"She has completely recovered from Ebola, she is now free of the virus," her doctor, Michael Jacobs, said.

"Anna is the first patient in the world to have received a new special treatment for Ebola, MIL 77," he said, adding that "the treatment went very well, it caused no side effects that we could elicit."

He said the new treatment was produced in China and was similar to ZMapp, a cocktail of three antibodies that cling to the virus and inhibit its reproduction.

Ms Cross, dressed in her army uniform, expressed her gratitude to the team that treated her, saying, "thanks to them I'm alive".

"I need to recover. I need to be fit enough to join the military again. It's going to take me a long time," she added.

Ms Cross, who works as a nurse in the state-run National Health Service,  was exposed to the virus while treating patients but said she did not know exactly when this might have happened.

She was the third British healthcare worker to contract Ebola in Sierra Leone.

The two previous ones - nurses William Pooley and Pauline Cafferkey - both recovered after being treated at the Royal Free.

The hospital has a high-level isolation unit geared up to treat Ebola patients under quarantine. 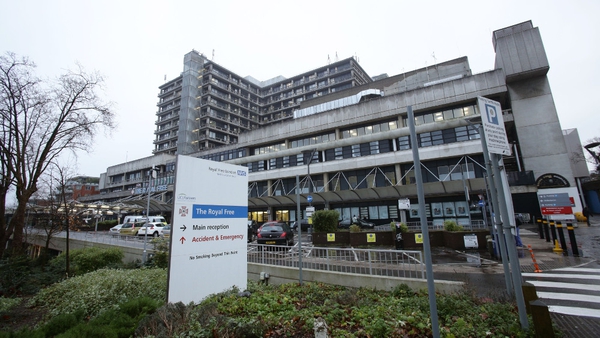