Killarney is the cleanest town in Ireland according to the latest survey on litter, but Dublin city centre has dropped down the rankings and sits near the bottom of the table of 40 towns and cities.

The survey, conducted by Irish Business Against Litter and An Taisce, ranks cities and towns around Ireland based on how littered they are.

IBAL said Dublin's drop in the rankings is disappointing as most tourists visit the capital.

But the improvement in previously neglected urban areas in Dublin and Cork is bearing fruit, according to Conor Horgan of IBAL.

Both Dublin’s north inner city and Farranree in Cork have improved from litter blackspots to littered status and the report said if progress in Dublin in particular continues it could soon reach "clean to European norms".

However, the former Small Business Centre in Gardiner Street was described as being in a "shocking state" and Spencer Dock had "huge amounts of litter".

The survey shows that overall there has been a general improvement in cleanliness, with three quarters of areas surveyed deemed to be at least as clean as European norms.

Killarney in Co Kerry is the cleanest town, followed by Dungarvan in Co Waterford with Tralee, Co Kerry and Roscommon town in joint third position.

Connecting roads between 34 towns were assessed and found to be less littered than last year.

But much of the Monaghan to Cavan route was heavily littered, while illegal dumping was noted on the Tallaght to Lucan route in Dublin.

For the first time there were no areas classed as litter blackspots or seriously littered.

The survey showed sweet papers, cigarette butts, fast food wrappers and chewing gum were the most common forms of litter.

Dog fouling, while not as prevalent, continues to be a source of public concern, according to IBAL.

One in ten shopping centres were classified as litter blackspots, among them Mulvoy Park in Galway and both the Arcadia Retail Park and Diskin Centre in Athlone, Co Westmeath. 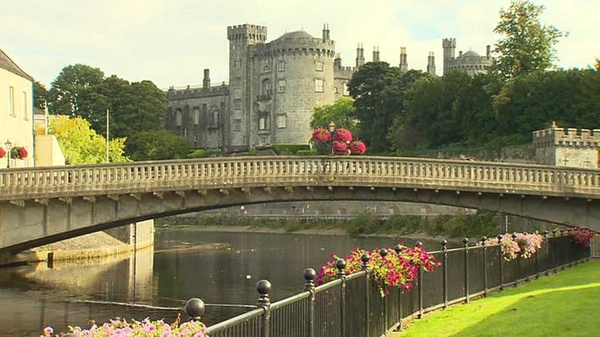