The Netherlands is set to toughen its asylum policy by cutting off food and shelter for people who fail to qualify as refugees.

Failed asylum seekers would be limited to "a few weeks" shelter after being turned down, if they do not agree to return home.

They would then either be deported or sent away to fend for themselves.

From November, the coalition of Prime Minister Mark Rutte, which competes for votes with the popular, anti-immigration party of Geert Wilders, wants to close 30 regional "bed, bath and bread" shelters where asylum seekers have been able till now to get help on the basis of need.

Under the plan, six national centres applying the stricter guidelines would provide only to people who agree to leave.

The proposal prompted a clash between Mr Rutte's ruling Liberals and their junior coalition partner, Labour, that nearly toppled the government in April.

On Friday, the UN's Committee on the Elimination of Racial Discrimination added to outside criticism of the Dutch policy, saying basic needs of migrants should be provided unconditionally.

"As long as they are in the Netherlands, they have to enjoy minimum standards of living," said Ion Diaconu, who helped write the UN report.

But Mr Rutte responded on Friday that it would be "crazy" to offer permanent shelter to people who refused to leave.

"We are talking about the group that can go back, whose governments would take them back, but they don't want to go back," he said.

Local governments now operating the sites with national funding, are challenging the move in the courts, fearing it will lead to a surge in homelessness if they are obliged to close shelters in November.

Some mayors have refused, saying they will seek alternative funding.

If implemented, the new measure would cement the position of the Netherlands - which took in hundreds of thousands of migrants from Morocco and Turkey in the 1960s and 1970s before tightening policy over the past decade - as one of the toughest destinations in Europe for migrants.

The country of 17 million people has become less accommodating amid a public backlash over Muslim immigration and increasing stresses on the social welfare system.

Among its European peers, only Britain and Finland have similarly strict policies.

Denmark and Sweden, which also have strong anti-immigration parties, continue to provide support to rejected asylum seekers, reducing the level only if they are considered uncooperative.

The surge in desperate people seeking refuge from conflict or poverty in the Middle East, Africa and Asia has thrown the European Union into crisis, stirring social tensions and testing the resources and solidarity of the 28-nation bloc.

The Netherlands is the eighth-largest destination for asylum seekers, accounting for 4% of total arrivals in 2014. Total applications last year rose 87% to 24,535. 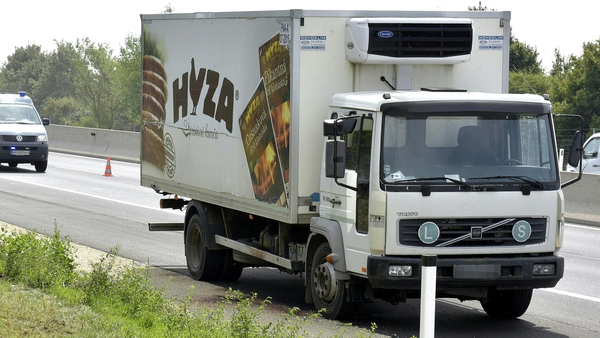 3 children critical after being found in refugee lorry in Austria