Five North African men have been detained in Italy on suspicion of multiple homicide and human trafficking in the presumed drowning of more than 200 people after a boat sank off the coast of Libya on Wednesday.

Most of the dead were locked in the hold of a boat, with police saying many children are believed to be among those who perished.

The men, ranging in age from 21 to 24, were placed under formal arrest in Palermo after being questioned yesterday.

Police said the accused men charged the migrants between $1,200 and $1,800 for the voyage, depending on where they would be placed on the deck of the boat.

Those in the hold paid about half as much as those above, they added.

The boat was carrying some 650 people.

The LÉ Niamh, along with Italian ships, rescued more than 400 migrants and recovered 26 bodies, including three children. 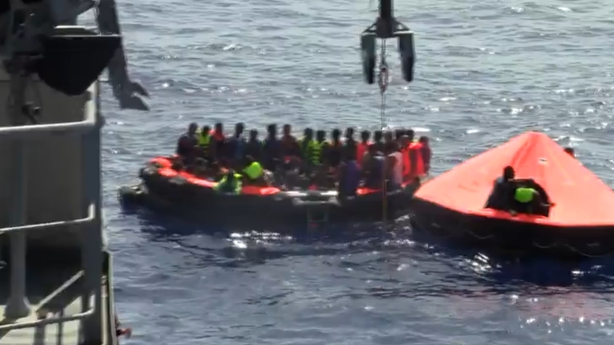 Police arrested the men after speaking to survivors during the night after they arrived in Palermo yesterday afternoon.

A police reconstruction based on witnesses' accounts said three of the men, part of a Libyan-based human trafficking ring, alternated steering the boat while the other two kept watch over the migrants.

"The arrested are suspected of causing the confirmed deaths of 26 migrants and the presumed deaths of about 200 people who, according to witnesses, were locked in the hold of the boat that capsized," a police statement said.

Police said that about three hours into the journey from Libya the boat started taking on water in the hold, which was packed with mostly African migrants.

The traffickers ordered them to bail out the water but they were unable to do so and tried to break out of the hold.

They were beaten back with knives, clubs and belts.

Migrants on the deck were ordered to sit on the hatch of the hold to prevent those below from getting out.

The traffickers marked the heads of migrants who disobeyed orders with knife cuts, particularly the sub-Saharan Africans.

Arab migrants, on the other hand, were mostly beaten with belts, police said.

The migrants drowned when the boat flipped over as the LÉ Niamh approached. The episode was the latest in a long string of recent migrant disasters in the Mediterranean.

More than 2,000 migrants and refugees have died so far this year trying to reach Europe by boat, compared with 3,279 during the whole of last year, the International Organization for Migration said.

Traffickers have sent more than 90,000 migrants by sea to Italy so far this year, the UN refugee agency says. 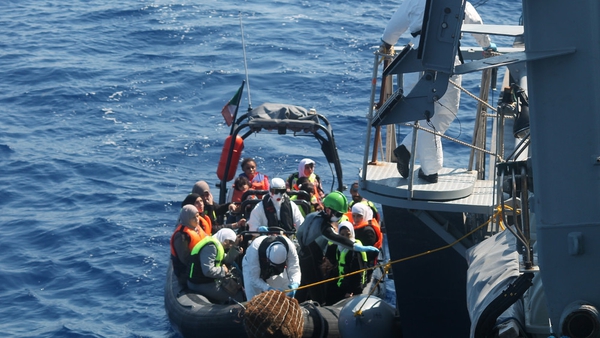