Waterford Crystal workers are to receive €182m in compensation for losses to their pension scheme after the company and its pension scheme went into insolvency.

The High Court formally approved the closing of the Waterford Crystal pension case and cleared the way for payments to be released to former employees within weeks.

The case arose after Waterford Crystal went out of business in 2009 and its former employees lost most of their pension benefits.

Unite trade union took a case to the European Court of Justice which ruled that the government had made inadequate protection of the pensions of workers who found themselves in a so-called "double insolvency" - where both the company and the pension scheme are insolvent.

After the ECJ ruling, a deal was brokered by Labour Relations Commission Chief Executive Kieran Mulvey.

Unite trade union Regional Secretary Jimmy Kelly described it as a final step on a long road to justice.

He said the struggle for pension justice had lasted six years and taken them through the High Court to the European Court of Justice and back again.

Mr Kelly said the landmark case had set a precedent that ensured that the EU directive on pension protection was correctly applied in Ireland. 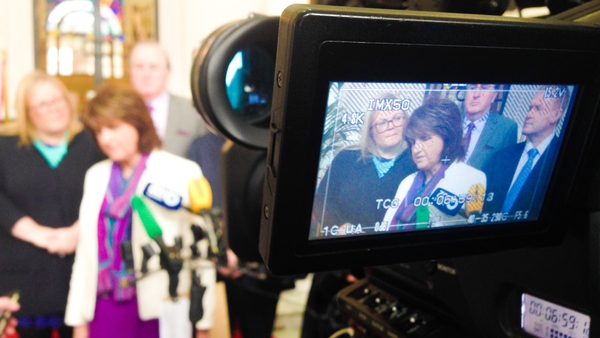