The Cabinet has signed-off on a deal for former Waterford Crystal workers that will involve lump-sum payments of €1,200 per year of service in what Minister for Social Protection Joan Burton called "modest pensions".

She said the deal was arrived at after detailed negotiations carried out at her request by mediator Kieran Mulvey.

The payments will be tax free and there will be provision for the next of kin of deceased former workers who were denied their entitlements when the firm and its pension fund became insolvent.

The cost of €178m will be borne by central funds after an amendment to social protection legislation currently going through the Oireachtas.

The multi-million euro payout is expected to work out at an average of around €40,000 per former employee.

Around 1,700 former employees will benefit to varying degrees.

Those who have received money so far will have some of that amount deducted from the new payouts.

The old Waterford Crystal closed in 2009 and both the company and the pension scheme became insolvent, a process known as double insolvency.

The former workers have to vote on the deal; they are due to meet on Saturday in Waterford.

If they vote no, the matter goes to the High Court in January.

Ms Burton said the double insolvency the deal sought to address was relatively rare and Irish law has already been amended to take account of the subsequent European court case.

In 2013, the European Court of Justice found in favour of the Waterford Crystal workers who took a case against the State for the loss of their pensions when the company went bankrupt.

The court found that under EU law the State had an obligation to protect the pension entitlements of workers in the event of a company becoming insolvent.

The protection is enshrined in the 2008 Insolvency Directive.

The court rejected the Government's argument that the State contributory pension should be taken into account in assessing how much of the lost pensions should be made up following the insolvency of Waterford Crystal and its pension fund in 2009.

At the time 1,500 workers were told they would receive only between 18% and 28% of their full pension entitlements.

Unite Regional Secretary Jimmy Kelly said: "Thanks to the intervention of the LRC, and in particular LRC chief executive Kieran Mulvey, we now have a settlement which secures a large proportion of our members’ pension entitlements.

"While today’s good news comes too late for 34 workers who have since died, Unite is very pleased that their families will also benefit from the settlement.

"Unite and our members have travelled a difficult road since the closure of Waterford Crystal in 2009 – a road that has taken us from the High Court to the European Court of Justice, back to the High Court and finally the Labour Relations Commission.

"The settlement now negotiated by Unite represents a landmark victory not only for our own members, but for the trade union movement." 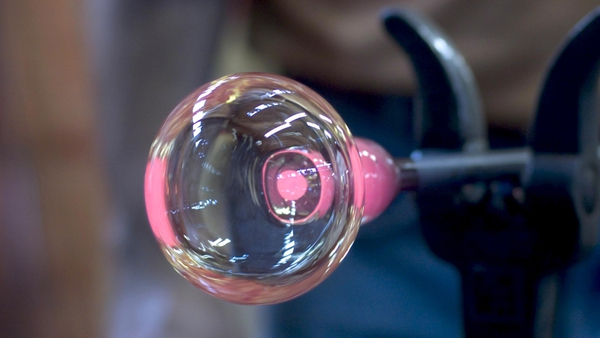