Greek Prime Minister Alexis Tsipras sought to contain a rebellion in his Syriza party ahead of a vote on a second package of reforms required to start talks on a rescue deal.

A first set of reforms that focused largely on tax hikes and budget discipline triggered a rebellion in Syriza last week and passed only thanks to votes from pro-EU opposition parties.

The bill MPs will vote on late tonight covers rules for dealing with failed banks and speeding up the justice system - two more conditions set by the eurozone and IMF to open negotiations on an €86 billion rescue loan.

The legislation is all but certain to pass, despite planned protests, after pro-European opposition parties said they would back it.

But with divisions in Mr Tsipras' Syriza party laid bare by last week's rebellion by 39 deputies, tonight’s vote will be closely monitored to see if he loses even more support.

"We are making an effort to have fewer dissenters," Health Minister Panagiotis Kouroumplis told Greek TV.

Finance Minister Euclid Tsakalotos said it was crucial that parliament backed the deal so bailout talks could start on Friday. 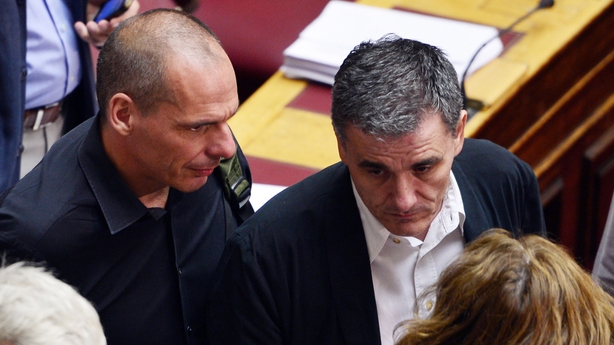 But hardline Left Platform politicians from the Syriza party, who opposed last week's bill, said they rejected this week's law as well and they complained about the length of the bill, which covered more than 900 pages.

Mr Tsipras himself has publicly said he disagrees with measures demanded by Greece's eurozone peers and the IMF for talks to proceed on a third bailout to save the country from bankruptcy.

But after he made a U-turn by accepting a deal at the 11th hour to keep his country in the euro, he told party hardliners yesterday that they should face reality and back the package.

Together with his coalition partners from the right-wing nationalist Independent Greeks, Mr Tsipras has 162 seats in the300-seat parliament.

But last week's rebellion cut his support to just 123 votes and government officials have said elections are likely in September or October once the package is agreed.

European Economic and Monetary Affairs Commissioner Pierre Moscovici told reporters in Brussels he was confident the parliament would adopt the bill.

Creditor institutions were seeking to conclude talks with Greece on a third bailout in the second half of August, he said.

The Greek government has said it hopes negotiations on the bailout deal can start this week and be wrapped up by 20 August.

In first signs of a return to normality, Greek banks reopened on Monday and Athens paid debts due to the European Central Bank and International Monetary Fund. 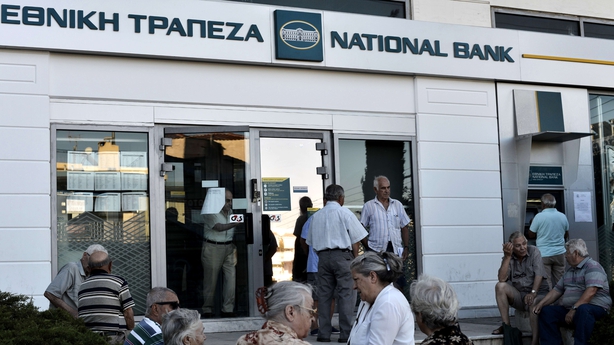 The ECB increased its emergency funding by €900m, the same amount it provided last week.

But fresh austerity measures are hard to accept in a country whose economy has contracted by a quarter during five years of crisis and where unemployment is more than 25%.

Several thousand people rallied in front of parliament but apart from some minor incidents, there was no repeat of the violence seen at a rally last week as MPs were debating the first bailout bill. 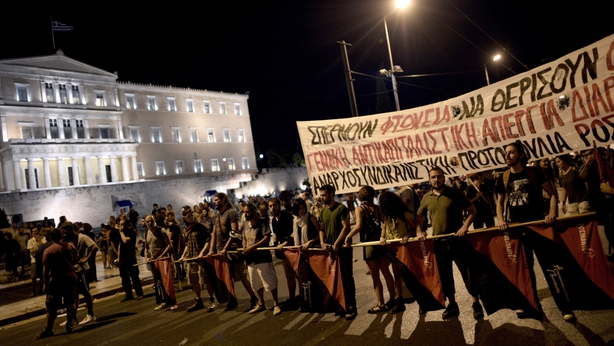 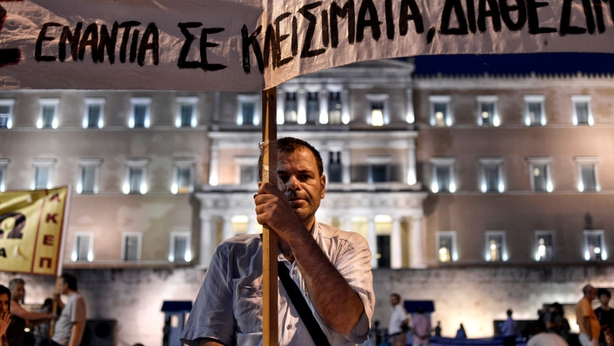 The bill adopts into Greek law new EU rules on dealing with failed banks, imposing losses on shareholders and creditors of ailing lenders before any taxpayers' money can be tapped in.

That part of the bill is expected to pass more easily than the reform of the judicial system, which is similar to a law that Syriza had opposed before it came to power, and which hardline Left Platform politicians particularly oppose.

Greece's creditors say the measure is needed to speed up court proceedings and reduce their cost. Greek leftists say it violates rights to a fair hearing and could favour creditors and hurt workers in bankruptcy cases. 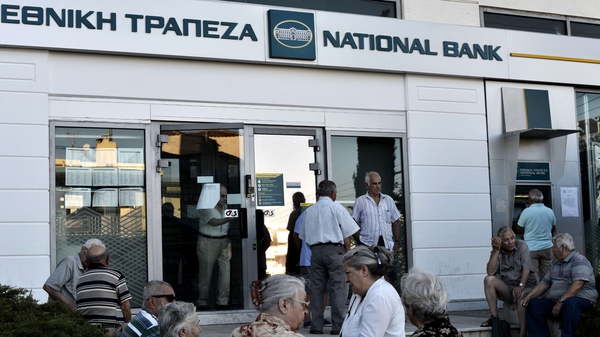