Greece repaid the European Central Bank today the bank said, clearing a key obligation worth about €4.2bn with one of its top lenders, after receiving temporary funding while it negotiates a bigger bailout deal.

Without it, the bank could have been forced to end emergency liquidity assistance to Greek banks if the government defaulted on its bond payment.

It also comes after Greece repaid about €2bn to the International Monetary Fund, clearing all its arrears after missing several payments in June and July.

Athens received a €7bn temporary or bridge finance facility late last week so it could quickly repay its most urgent debts, even before its €86bn bailout was in place.

Meanwhile, Greeks queued outside banks as they reopened this morning three weeks after closing to stop the system collapsing, the first cautious sign of a return to normal after a deal to start talks on a new package of bailout reforms.

However limits on withdrawals will remain and payments and wire transfers abroad will still not be possible - a situation which German Chancellor Angela Merkel said yesterday was "not a normal life" and warranted swift negotiations on a new bailout.

The stock market will also remain closed until further notice.

Increases in value added tax agreed under the bailout terms have also taken effect with VAT on food and public transport jumping to 23% from 13%.

The bank closures were the most visible sign of the crisis that took Greece to the brink of falling out of the euro earlier this month, potentially undermining the foundations of the single European currency.

Their reopening followed acceptance of a tough package of bailout demands from European partners by Prime Minister Alexis Tsipras.

However a revolt within Mr Tsipras' Syriza party has threatened the stability of his government, with officials saying new elections may be held as early as September or October.

Queues formed outside bank branches in central Athens as Greeks waited to take care of business frozen during the three week-long bank holiday.

"Things are better than the last few weeks. Thank God we didn't end up with the drachma!" said 62-year-old pensioner Maria Papadopoulou.

"I came to pay bills and my taxes today. Last week I couldn't and all of this is very tiring for the older people like me."

Limits on cash withdrawals have been made slightly more flexible, with a weekly limit of €420 in place of the daily €60 limit previously.

"Capital controls and restrictions on withdrawals will remain in place but we are entering a new stage which we all hope will be one of normality," said Louka Katseli, head of the Greek bank association.

Greeks will be able to deposit cheques but not cash, pay bills as well as have access to safety deposit boxes and withdraw money without an ATM card.

Bankers said there may be minor disruptions after the three-week interruption to services but they expected services to resume largely as normal.

"I don't expect major problems, our network and the network of our competitors are ready to serve our clients," said a senior official at Piraeus Bank, one of the big four lenders.

"There might be lines because many people will want to withdraw money from their deposit boxes," the official said. 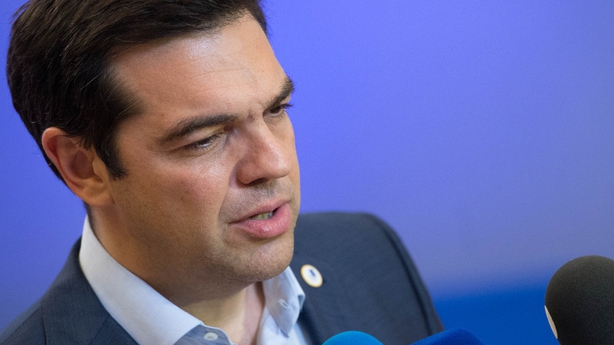 Mr Tsipras is eyeing a fresh start and swift talks on the bailout aimed at keeping Greece afloat, but he still faces hurdles with parts of his party in revolt over the tough terms of the bailout agreement.

The Greek parliament approved the bailout package on Thursday, but the prime minister was forced to rely on votes from the opposition after 39 rebels from his Syriza party refused to back the government, by voting against or abstaining.

A second vote will be held on Wednesday, on measures including justice and banking reforms, when a similar outcome is expected.

However the voting arithmetic is finely poised.

Together with his coalition partners from the right-wing Independent Greeks party, Mr Tsipras has 162 seats in the 300-seat parliament, but Thursday's rebellion cut his support to just 123 votes.

Under Greek constitutional rules, the minimum support needed for a minority government is 120, so if the number falls below that level, the government's future would be in doubt.

"What worries me is that some people still think that there would be no austerity if we were out of the euro. This argument is absolutely false," State Minister Nikos Pappas, one of Mr Tsipras' closest aides told the leftist Efimerida Ton Syntakton newspaper.

Acceptance of the bailout terms that meant the banks could reopen marked a turnaround for Mr Tsipras after months of difficult talks and a referendum that rejected a less stringent deal proposed by the lenders.

The bailout terms include tax hikes, pension cuts, strict curbs on public spending, an overhaul of collective bargaining rules and a transfer of €50bn of state assets into a special privatisation fund. 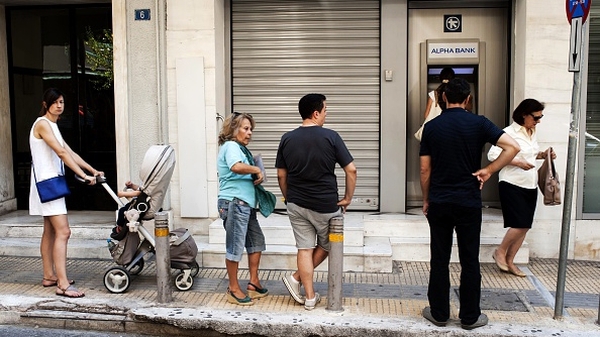