An estimated 90,000 people turned out for the 10th annual Bray Air Display today.

Weather conditions were almost perfect at the Bray seafront as thousands gathered to watch displays ranging from vintage models to top of the range aircrafts.

Crowds were also treated to an unexpected suprise as one aviation fan proposed to his girlfriend with an aerial banner tow across the East Coast skies which read 'Ciara will you marry me Noel'. 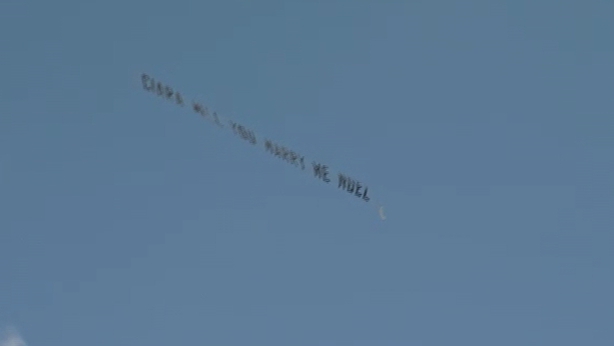 A record breaking 90,000 people turned out today at the Bray Air Show in county Wicklod pic.twitter.com/uJyCuxIYvK