The Office of the District Attorney for Berkeley in California has denied that it was pressurised by the Irish community to launch a formal investigation into the balcony collapse after local authorities said their involvement was over.

Yesterday, DA Nancy O'Malley announced a full-scale inquiry into the circumstances of the tragedy.

It will examine whether gross criminal negligence charges could be brought against individuals or entities.

In an interview with RTÉ News, Ms O'Malley also said her office would be looking closely at previous lawsuits that had been taken against the developers and contractors who had built the Library Gardens apartment complex.

In relation to criticism about how the authorities had handled the investigation into the balcony collapse to date, Ms O'Malley said that her office had been monitoring the situation from the outset and decided to commence this investigation once the City of Berkeley local authority and police department had announced their involvement was over.

Her office confirmed there had been a lot of communication with members of the Irish community but there had been "no pressure" to launch an investigation as a result.

It is understood that legal representatives of some of those involved in the balcony collapse had contacted the DA's office in recent days and that there had also been communication on behalf of the Government following the news that the Berkeley authorities would not be pursuing the matter further.

The DA also said they would be closely examining the outcome of other lawsuits against the builders and water-proofing contractors and would investigate what action they had taken in other properties as a result of these lawsuits.

She said her investigation would be "thorough and exhaustive" and she was not setting a time-limit on it, although the statute of limitations for gross criminal negligence was three years from the date of the crime.

She said this was "an unusual case" and it was not something that a municipal police force like the Berkeley PD would normally handle.

The Berkeley city authorities had not carried out forensic or laboratory examinations on the wooden joists that had held the balcony in place, she said, but added that her department would.

She said she did not know what they would find during the investigation, adding there was a chance that there would be no grounds to bring a criminal prosecution.

She said that the investigation would be "going systematically from the very beginning right up until the tragedy happened".

She said they would start with how the construction occurred, pointing out that there were responsibilities not just to file plans with the local government but that inspectors also came to the site to make sure the builders were following the codes and had permits.

Ms O'Malley said they will be examining the practices of the developer and builders.

District Attorney O'Malley said it was interesting that there had been previous lawsuits filed against the developer - Segue Construction - for "similar types of situations" and that there had "certainly" been "some construction issues".

She said they would examine whether the outcome of these lawsuits served to put the developer or the contractors "on notice" that "what they were doing was dangerous", and that "they were creating a dangerous situation that could result in someone's death or serious injury".

Questions have also arisen surrounding the chain of custody of the collapsed balcony and the one it fell onto underneath, which was subsequently removed from the property as it was found to also have significant dry-rot and was considered a "collapse hazard".

At a Berkeley City press conference on Tuesday, officials said that they had already given the balconies and other related material back to the owner.

This would potentially cause an issue now that the DA has launched a full-scale criminal investigation.

However, Ms O'Malley confirmed today that the collapsed balcony remains in the possession of the Berkeley Police Department.

She said that the second balcony had been released by the Berkeley City local authority and made available to the owner, however before it was collected from the building where it was being held, individuals from the District Attorney's office had gone to that location and taken possession of the balcony.

It was now being moved, she said, from that locked facility to another secure location where the DA's Sheriff's Department would guard it.

Ms O'Malley also confirmed that her office had already contacted some of the injured people and the families of those who had been killed to inform them of the investigation and to discuss how her office could help with resources.

She said that she had a special victim-witness division in her office - the first of its kind in the US - and it was focused on working with those directly involved with this tragedy.

She said they would give them as much information as they wanted.

Ms O'Malley said that the hearts of those in her office were grieving with the families, especially as both she and her chief assistant Kevin Dunleavy had "strong ties to Ireland".

Her family members are originally from Mayo and Clare, Mr Dunleavy's are from Clare and Leitrim.

As District Attorney for Alameda County, she said would do everything they could for them and said she would "guarantee" that she would conduct a "thorough and exhaustive" investigation to determine whether not they could make a case and prove it in a court of law and hold those accountable who had caused the deaths and injuries. 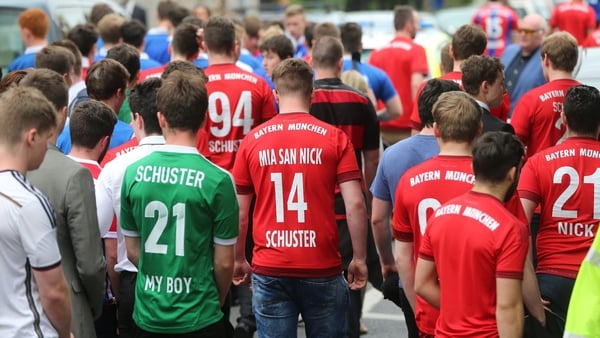